A total of £40,000 of illegal drugs were seized yesterday by South Yorkshire Police.

In a targeted action day, the police conducted a series of successful drug warrants in Foxhill.

A total of 50 cannabis plants were seized from an address in Keats Road where a 41-year-old woman was arrested on suspicion of possession of drugs with intent to supply. What was believed to be a Class A drug was also seized.

South Yorkshire Police have stated that: “More arrests are planned in relation to the drug raids.”

Sergeant Scott Sarson, who was involved in both aspects of yesterday’s initiative, said: “Our presence was all about positive results, both on the crime front and winning the support of the local community. As well as seizing cannabis and what we suspect to be crystal meth, we managed to get face-to-face with the people that matter most.”

If you have any further information regarding criminal or anti-social behaviour, please call 101 or Crimestoppers anonymously on 0800 555 111

Sheffield takes to the polls for local elections 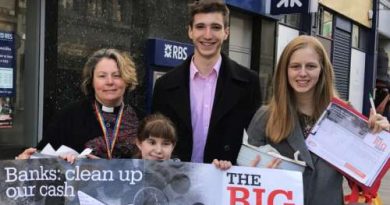 Sheffielders warned they could be unwittingly fuelling climate change

The Diamond wins an award? Here’s what the students say