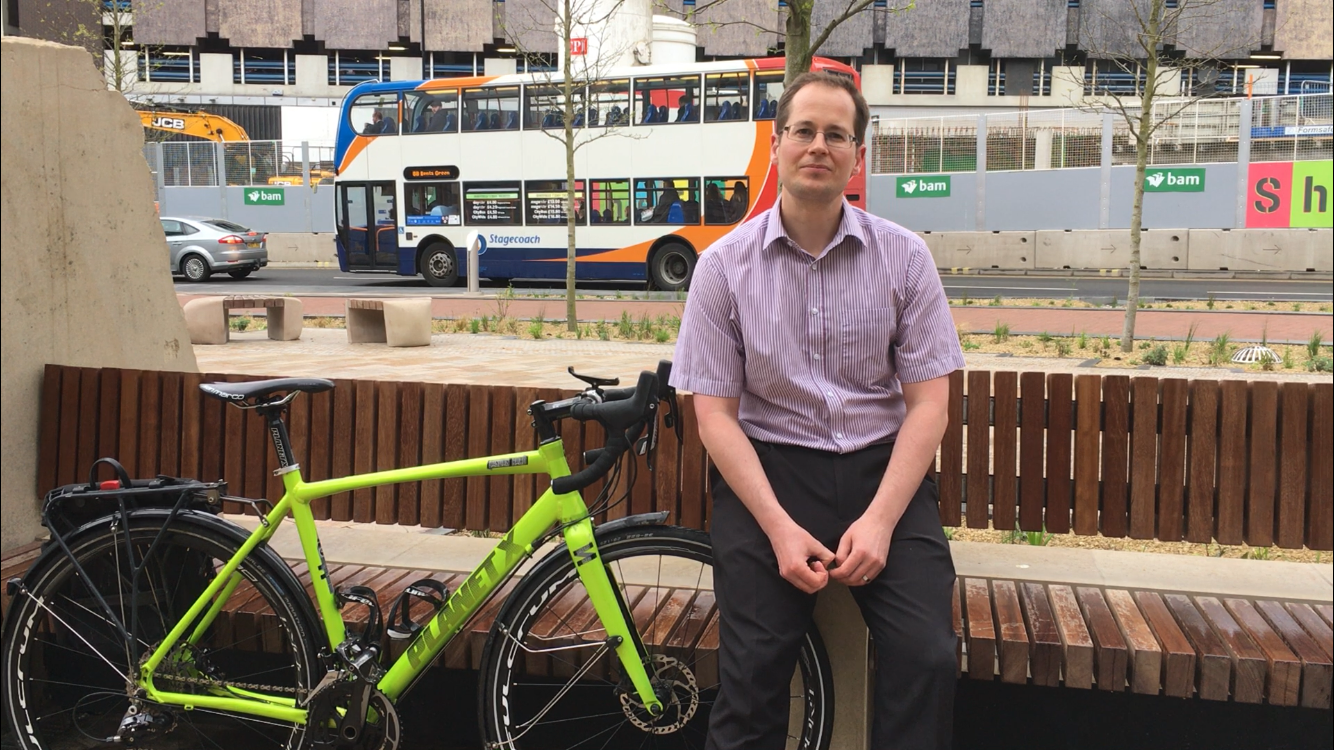 A Sheffield campaign group believe that residents “do not feel safe” cycling around some of the busier areas in the city.

Cycle Sheffield, who were formed around 20 years ago, are looking for better cycle provision so that more people can choose to take their journey by bike.

Dexter Johnstone, secretary of the organisation, joined 18 years ago and has since seen the number of supporters increase to around 1,500.

He feels that major improvements are needed to encourage more people to get on their bikes.

He said: “I think the main thing that puts people off is that they do not feel safe or confident cycling in heavy or fast moving traffic.

“We think that Sheffield City Council need to provide more separated or protected cycle routes to allow people to take their journeys safely.”

The Royal Society for the Prevention of Accidents released statistics in 2016 which showed that 18,477 cyclists were injured in reported accidents, with 3,499 of these being killed or seriously injured.

The RSPA also found that 75% of these accidents occurred in urban areas, highlighting that it is a major issue, not only in Sheffield but the rest of the country.

Some improvements have been made to help encourage more people to cycle in Sheffield such as a new cycle track along Charter Square and the launch of Ofo’s dockless bike scheme.

However, Mr Johnstone believes the new cycle tracks need to be much longer if they are to make the desired impact.

He said: “This is a good bit of cycle infrastructure. It is wide and separate from the road and the pavement. Unfortunately, it does not really tie into anything else at the moment which is why there are not many people using it.”

In an effort to help encourage further change, Cycle Sheffield are hosting ‘The Big Ride’ this Saturday where people can come and support the campaign by going on a bike ride across the city, starting at Devonshire Green.

Mr Johnstone is hoping that the event can be as successful as it has been in the past.

“We are hoping that some of the Sheffield City region mayoral candidates will attend and they will have the opportunity to address the riders before we set off.

“We hope it is an enjoyable occasion for everyone.”

To have a look at how successful the event has been in the past, watch our video below.