INQUEST: Woman dead after taking prescription drug she bought off the street 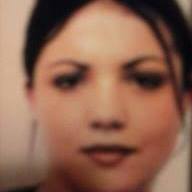 A 35-year-old woman died after taking street-bought prescription drugs which she was unaware contained morphine – a substance she was severely allergic to – an inquest found today.

Sheffield Coroners heard Leandra Ogle, who was unemployed and lived in High Green, Sheffield, thought she was buying pregabalin to treat her mental health issues but she was instead sold a morphine-based drug.

It was suggested that somebody took her own prescribed medication meaning she had to buy replacements off the street.

Mr Wood, who discovered Miss Ogle’s body on 8 July last year, said: “I found her slouched on the sofa in the front room. I touched her and realised she was no longer alive.”

DC James Harding said officers had found a stash of medication hidden away when they searched the house after her death.

The medication belonged to Deborah Brook but she told the coroner she did not know Miss Ogle and did not know how her prescribed drugs ended up in the deceased’s flat.

Mrs Brook denied she sold them to Miss Ogle.

Before Coroner Dr David Urpeth came to a conclusion, Miss Ogle’s sister, Lauran White, asked if she could say a few words.

Ms White, who brought along a framed photo of Miss Ogle to the hearing, said: “The biggest problem my sister had was that she had to help everyone. If I had asked for a leg she would have chopped her’s off and given it to me.”

The coroner concluded it was a drug related death.

He said: “It is clear we will never know the exact circumstances where by she came to her death but I am satisfied Miss Ogle took the drug voluntarily although it is unlikely she was aware they were morphine based.

“It is my view that on the balance of probabilities this was a drug related death, but the fact still remains Miss Ogle’s death was a tragedy.”