Entertainment Sport Top stories
May 3, 2018May 3, 2018 Umanga Perera 884 Views 0 Comments cycling, doncaster, tour de yorkshire
Dutch rider Kirsten Wild takes home the gold medal in the first leg of the Women’s Tour De Yorkshire.
Wild finished ahead of Amalie Dideriksen of Boels-Dolmans in second and Alice Barnes of Canyon-Sram in third.
The world champion cyclist, of the Wiggle High5 pro cycling team, conquered the competition in 3 hours 28 minutes and 30 seconds.
Wild, who is one of the fastest sprinters in the world won three gold medals earlier this year in the Track Cycling World Championships, and this win put her and her team on the road to victory.
Over one million people turned up along the Beverly and Doncaster route.
With batons, bells and foam fingers in hand, people of all ages and backgrounds cheered as the cyclists sped past.
The atmosphere was electric; there was a plethora of activities and cafes nearby (including a photo opportunity with horses), so people had something to do in between the race.
This marks the beginning of the 3rd Annual Tour De Yorkshire.
The Men’s Race will take place at the same Beverly-Doncaster route this evening, finishing at Bennethorpe on 6pm.
Stage two, a 128km race, starts off at Barnsley and is set to finish off in Ikley, expect crowds of spectators and traffic along the route tomorrow.
The second half of the women’s race starts tomorrow morning at 9am and is estimated to finish in the early afternoon.
The weather tomorrow is estimated to be a nice and sunny 18 degrees, which seems to be ideal weather for a race. 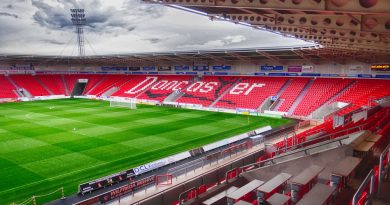