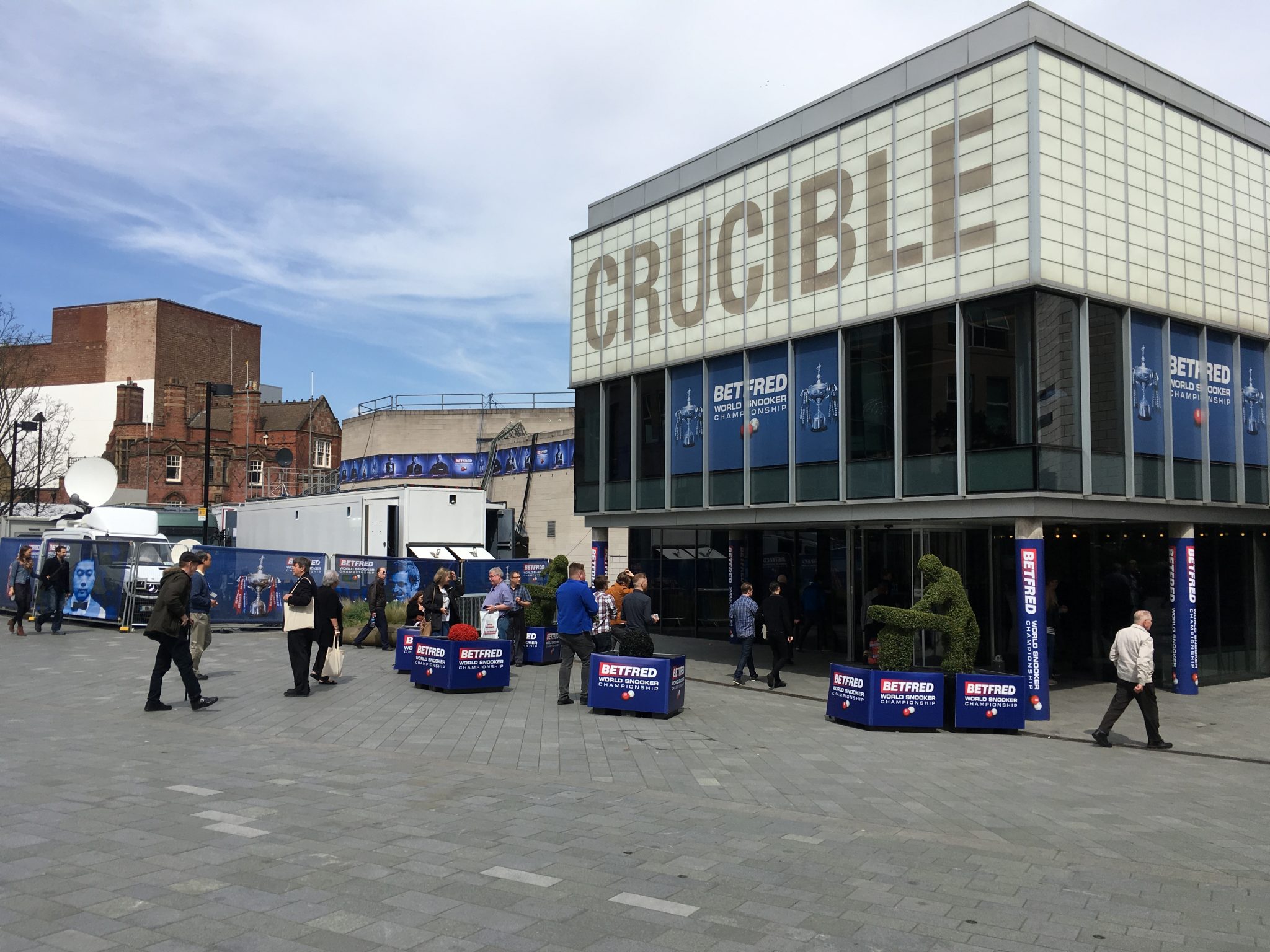 The Snooker World Championship semi-finals began at the Crucible in Sheffield today, and the local area is benefitting from the tournament.

The Head of Steam pub has seen the crowds getting larger as the event reaches the latter stages, providing an excellent venue to see the action on Crucible Square’s big screen.

Aaron Watts, 26, assistant manager of Head of Steam, said: “As a bar in Crucible Square, the tournament brings in a lot of trade from opening right the way through to close. There’s a few hotels around us as well so it keeps a bit of a community in this area.”

“It brings a great atmosphere to the city. I think it’s a good sport and it needs to continue here.”

It is the 41st time the championships has been held in the city, and the Crucible has a contract to host the tournament until 2027.

Keith Warren, director at Star Snooker Academy, Sheffield, said: “The Crucible is the home of snooker, if the tournament moved anywhere else it would detract from the sport and it just wouldn’t be the same. When you think of snooker, you think of Sheffield.”

“There’s a lot of good players in and around the UK and South Yorkshire has always been a hotbed for producing snooker players,” he said.

The game started at 1pm, with Higgins winning the first three frames.

World Snooker chairman, Barry Hearn, has sanctioned the live streaming of the tournament on Facebook to countries without television rights.

There will be an estimated global audience of 500 million.

Speaking to Sheffield Star at the start of the championships, Mr Hearn said: “We’ve got a long term contract with Sheffield City Council and, to borrow a line from a movie, they had us at hello really… we feel at home in Sheffield.”

“This is one of the world’s most iconic sporting venues, and now we’re broadcasting on Facebook as well, the drama is there for all to see.”

The final of the tournament will finish on Monday, with the winner receiving £425,000.