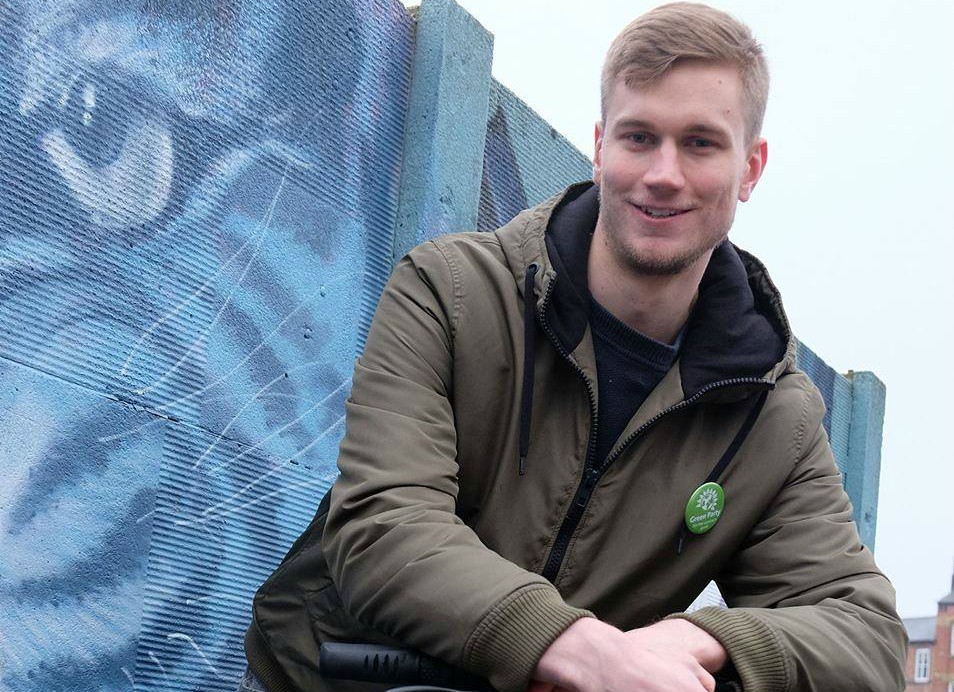 A Green Party councillor is looking to champion the views of young people following his election to Sheffield City ward on the 3rd May local elections.

Coun Phipps expressed his concern about the lack of education on local politics: “I definitely hope to be a voice for young people in politics.

“After the result lots of my friends congratulated me before asking: what does a councillor do?

“I’m looking to establish better links with the universities so that students can talk to councillors and understand what local politics is.”

Accrediting much of his success to good campaigning and the personal touch of the Green Party, Coun Phipps said: “The main two parties focused almost entirely on national issues whereas these elections were for the people who actually live in the city.

“People get detached when politics is so impersonal. People are keen for change.

“Going forward I think we’ve got a really good base to build on in Sheffield.”

Despite the issue of tree felling laying predominantly outside the city centre, Coun Phipps said it also played part in his election.

Green Party voter Rhiannon Kane, a 20-year-old student, said: “I felt it was important to prioritise local issues as Sheffield is prided on being a green city and the greens are taking a more proactive stance towards the cutting down of trees across the city.”

The Green Party now have 170 elected councillors, the most seats ever held by the party.