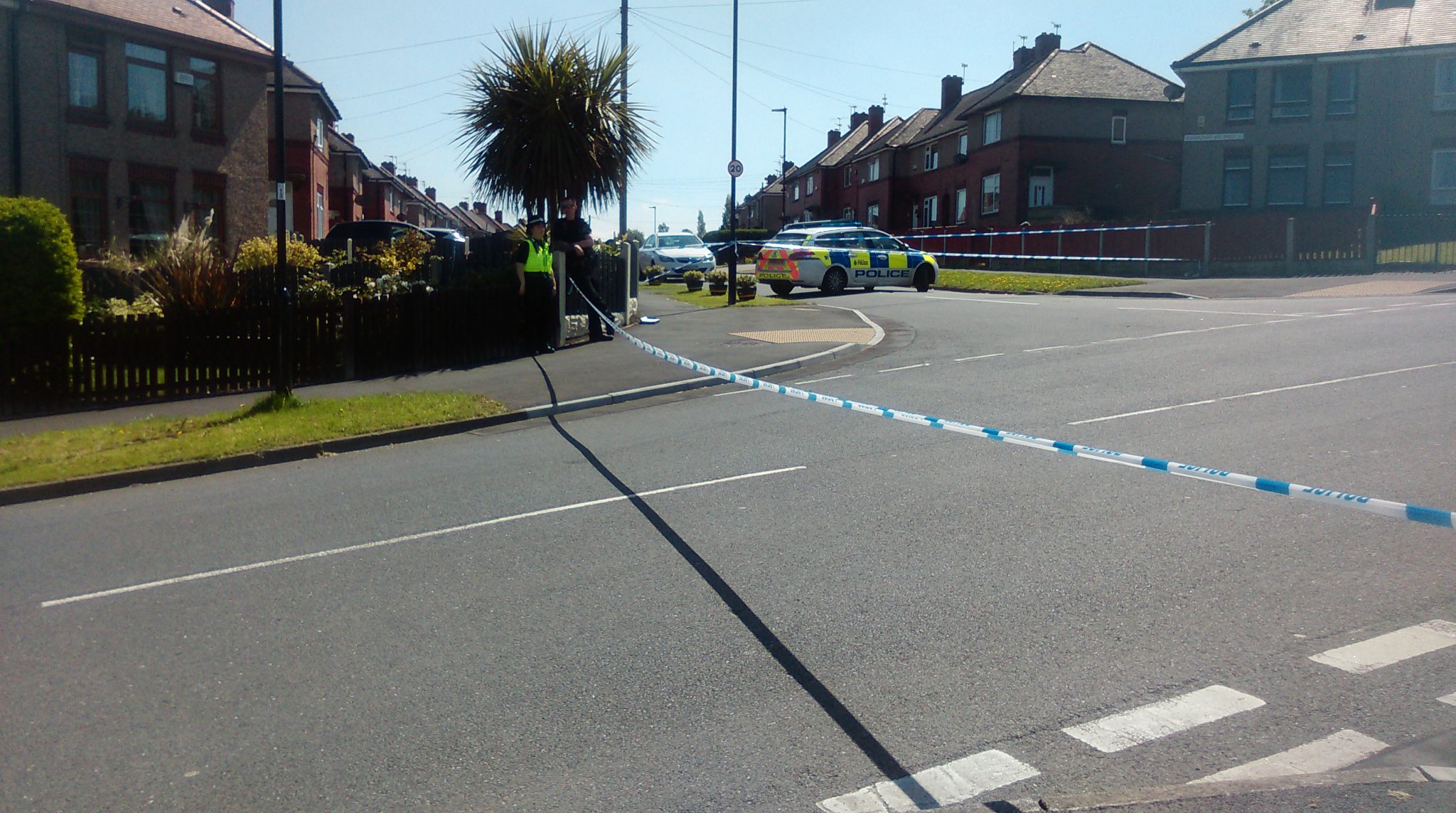 A 30 year old man has been admitted to hospital after being shot in the leg during an incident on Chadwick Road in the Woodthorpe area of Sheffield.

A South Yorkshire Police spokeswoman said: “Emergency services were called to Chadwick Road, Sheffield, at around 11am this morning following reports that gunshots had been heard and a man was injured.

On arrival, a 30-year-old man was found with a gunshot wound to his leg and has since been taken to hospital. His injuries were not described as life-threatening.

According to locals, two men were seen fleeing the scene in a car shortly after the incident had taken place.

Armed police are at the scene of the reported incident along with numerous police cars, some of which are armed according to eyewitnesses and around 20 officers.

A police helicopter is also present at the scene.

The incident is believed to have happened at or close to a house at the junction of Chadwick Road and Fishponds Road West, where there is now a police cordon in place.

Local residents spoke of being “scared and shocked” following the incident, adding that it is the third shooting in the area in recent weeks, and stating that the situation was “getting worse”.

A spokeswoman at Woodthorpe Community Primary School said there was no threat to the school following the incident on Chadwick Road, Woodthorpe, adding that everyone at the school was safe.

The Yorkshire Ambulance service has confirmed that paramedics are on the scene and have referred all enquiries to the police.

It is not yet known if any arrests have been made.