Festival for millennials comes to Sheffield 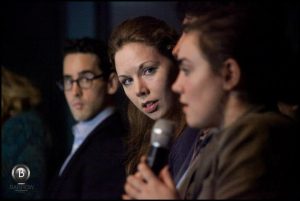 A festival that celebrates millennials is happening for the first time in Sheffield.

Millennifest, hosted by Common Vision (CoVi), is kicking off its country-wide tour in Sheffield.

“When we came to Sheffield last year, we just found a good energy of students wanting to interact in creating a change. That’s why we picked Sheffield as our first stop.”

Millennifest hopes to bridge the gap between politicians and the younger generation.

Caroline Macfarlane, director of Common Vision, said: “We wanted to showcase the positive stories of millennials and their engagement with politics.

“Some things you here in the media are millennials being lazy when actually millennials are the leaders of day and tomorrow. They would rather engage in social action themselves to solve an issue.”

The event wants to not only encourage more millennials in formal politics, but inspire them to engage through other platforms such as arts and culture.

“I think a lot of millennials think politics is really binary and boring.

“When we talk about political participation, people react negatively when actually, there’s a lot of ways to use our system to do positive things.”

“We’re all about taking toxic assumptions and making it aspirational. The word ‘Millennial’ is often associated in a negative connotation.

“This event is about younger people that benefit everyone and using their passions to do something positive.

“It doesn’t mean they shouldn’t do formal politics, but there are other ways we can take part in politics using our collective agency.”

Millennifest is happening on 12 May in the DINA.