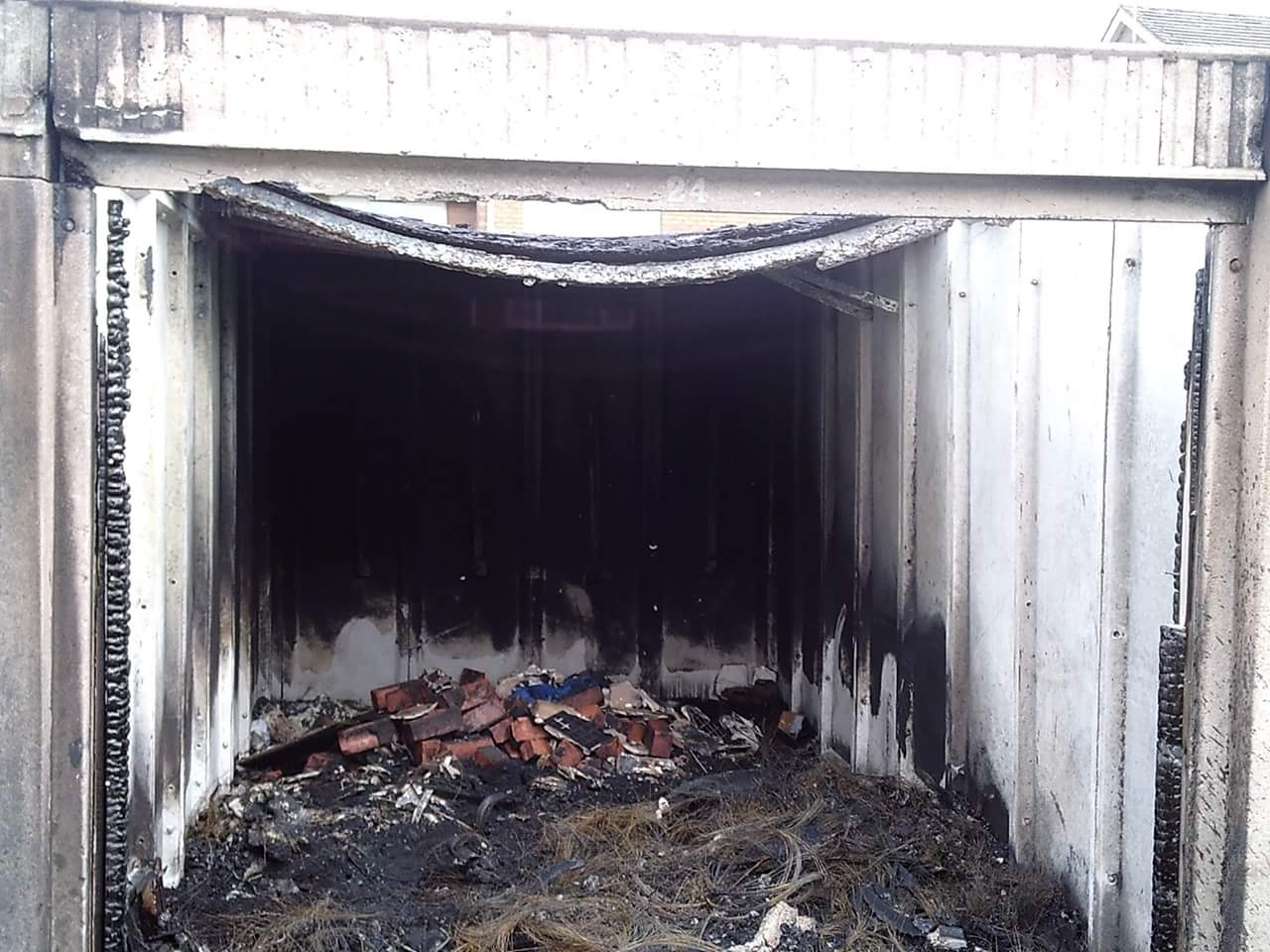 Firefighters have confirmed that arsonists torched a garage filled with gas cylinders and tyres.

Separate crews from South Yorkshire Fire and Rescue service were called to reports of a fire at a row of garages on Waterslacks Road, Woodhouse, at 9.45pm on 29 April 2018. The fire service confirmed today that it was an arson attack.

Emma Wright, internal communications officer for South Yorkshire Fire and Rescue, said: “We had two appliances attend this incident, one from Parkway and one from Birley Moor.

“We used a main jet to extinguish the fire, which is believed to be deliberate.”

It took firefighters around 90 minutes to get the blaze under control, and some of the crews remained to further ensure that the fire had been extinguished. The row of garages are set to be torn down and made into car parking spaces for nearby residents.

Jane Anderson, assistant campaigns officer for South Yorkshire Fire and Rescue, said: “We treat all arson attacks seriously. They always have potential to spread to properties and put lives at risk.

“Local residents can help by putting bins away to prevent further arson attacks.”

If anyone has any information on this arson attack or any more incidents in the region, they can call crimestoppers on 0800555111.