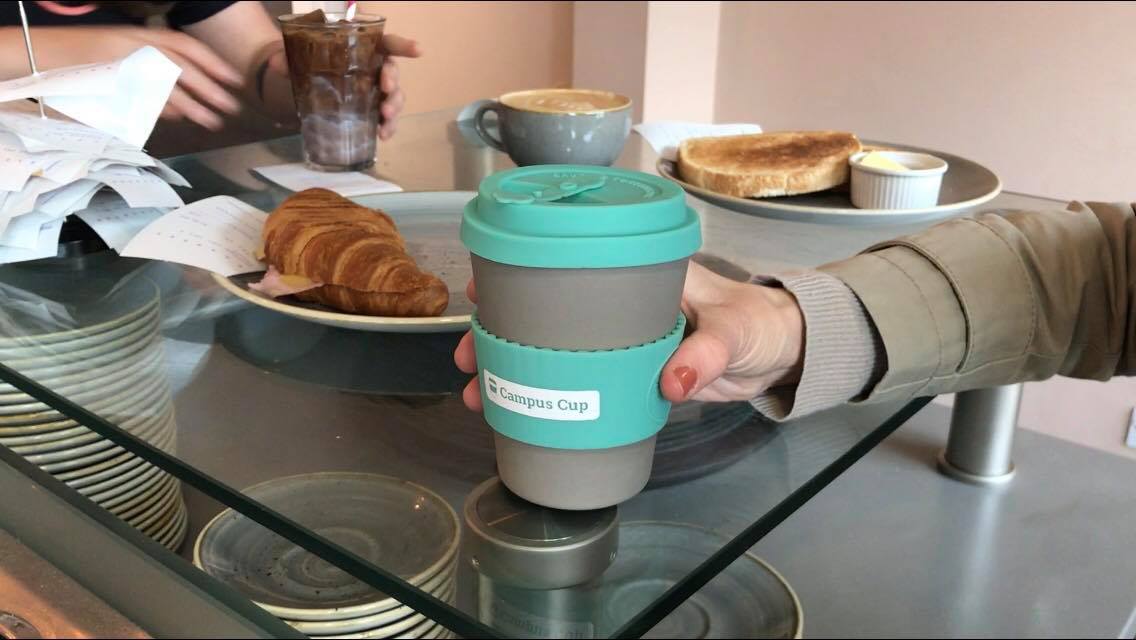 University of Sheffield’s reusable Campus Cup scheme has been so successful organisers have had to halt sales until they are able to expand.

The scheme aims to reduce the shocking 600,000 cups that are thrown away every year across the university by encouraging people to purchase a reusable one.

After a series of road shows across university, around 200 staff and students have signed up to use the Campus Cup.

Lizzie Ellen-Hales, Communications Officer of the Central Communications Team, said: “Our staff and students want to do the right thing. The campaign was such a success and this just shows how passionate they are.”

“It`s about spreading the idea across university and elsewhere.”

Many cafés in Sheffield are striving to become more environmental friendly by eliminating plastic and take-away waste.

Tamper, Steamyard and Marmadukes Café Deli are some of the coffee shops that have introduced their own reusable cup.

Elisa Rayfield, manager at Steamyard, said: “We sold out when we first got them, within a couple of weeks.”

“We are in the process of switching all of our take out stuff to compostable options.”

The cafés are also offering discounts to people who bring their own cup, no matter which brand it is.

A few weeks ago several major supermarkets joined the `plastic pact`­, pledging to make all plastic recyclable by 2025.

Ellen-Hales, said: “I really hope that, just like smoking, we will reach a situation where it`s not acceptable to walk into a coffee shop and get take away that`s not reusable.”

The Campus Cup scheme will be reintroduced in September, hoping to get new students involved from day one.