Heeley City Farm are set to host their first ever beer festival this weekend.

The hosts are encouraging Sheffield beer enthusiasts to down a pint in the pastures as all the beer has been donated from local breweries.

The money raised over the weekend will be used to buy resources for the farm.

One of the event organisers Sam Bennett said: “We’ve run bars in the past at our events and they’ve always gone pretty well so we wanted to try and expand on that.

“All the money that’s taken over the bar at the weekend will go straight into funding for the farm.”

The likes of Abbeydale Brewery, Welbeck Abbey Brewery and the Sheffield Brewery Company are some of the companies that have donated.

Fellow organiser Sarah Wild said: “Why not come down to and buy a beer to support one of your local charities?”

For any budding brewers out there, there’s also a home brew competition where you can submit your signature tipple for just £2.50 and a Great British Tart competition for any amateur bakers.

The prize for winning the tart competition are a free table at the farm’s bistro evening on Friday 18th May where tickets are £18 per person for a three course meal.

Entrants must have submitted their entries before 6.30pm on Friday and the three categories for the home brew include beer up to 5%, 5.1% and above or any other brew.

The event is on Friday 5pm until 9pm and Saturday 2pm until 9pm, or as they say “until the beer runs out”, and includes entertainment from a variety of local musicians and DJs including four Sheffield folk bands.

The music DJs starts at 5pm on Friday and the live music will start at 2pm on Saturday until 5pm.

On the Friday evening there will also be a talk on honey bees at the farm.

Take away beers are also available provided you bring you own containers. 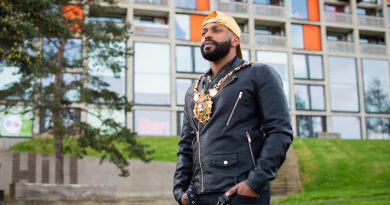 Should we be doing more to help the homeless in Sheffield?