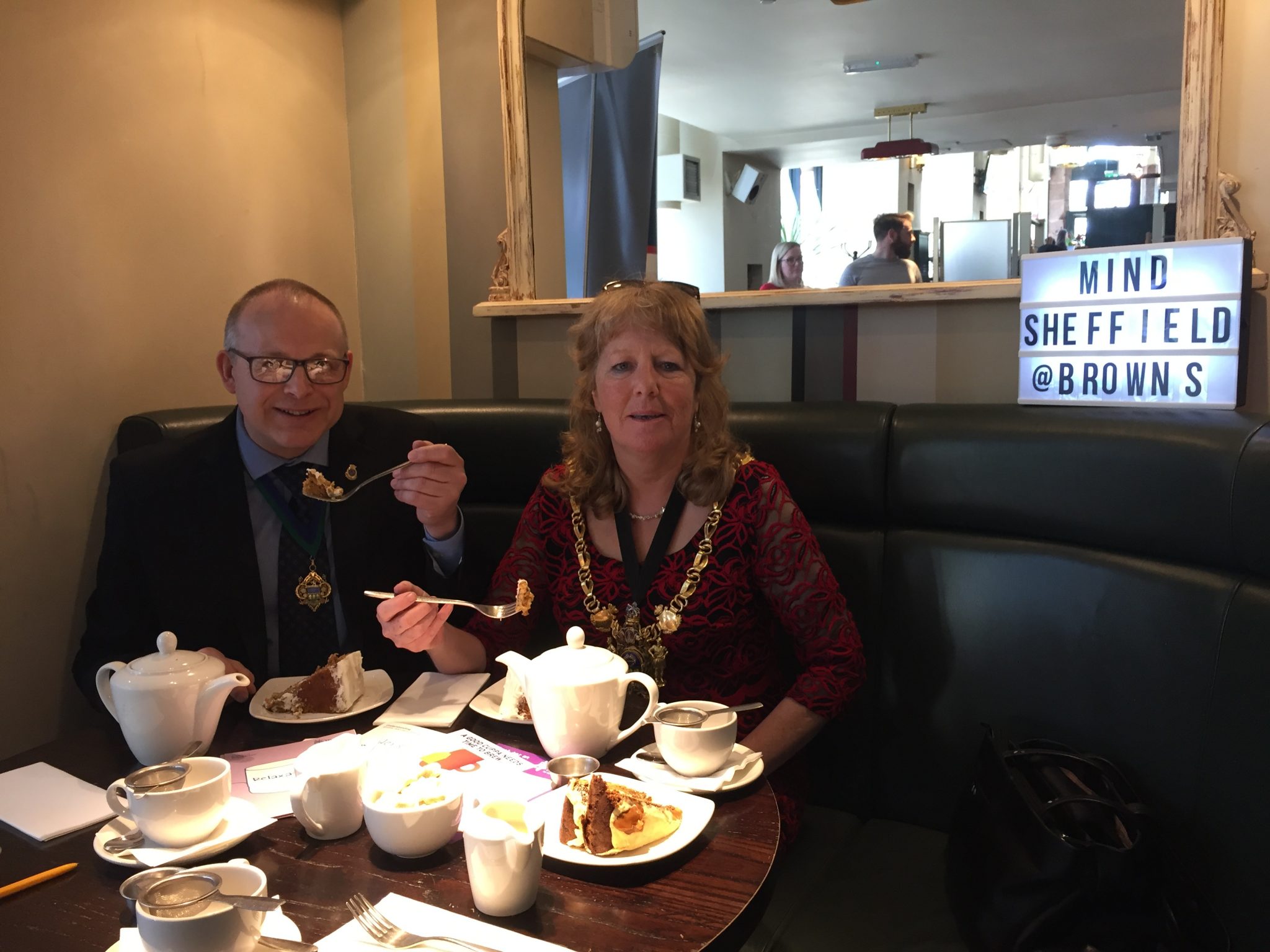 During the event, at which tea and cakes were sold to raise funds for the mental health charity, the mayor stated how important mental health is, and emphasised the importance of opening up.

She said: “Mental health is probably the service which has suffered most in terms of funding over the last few years.

“Mental health and mental illness, I have to be clear, are very different. So for somebody who has a diagnosed mental illness it’s often very difficult and impacts on their life.

“But mental health, people say it’s one in four people who have a mental health issue – I think it’s all of us actually. I think we all have issues around our mental health, be that anxiety or feeling a bit low or pressured.”

Sheffield Mind is part of a nationwide network of mental health charities which works to improve positive relationships and wellbeing.

Lindsay Doyle-Price, Business Development Manager at Sheffield Mind, stressed how vital the support from the local business was.

She said: “[Browns Sheffield] started out with a few collecting tins on the bar. They raised quite a big amount and then they got in touch again and said they’d like to continue to do the odd event here and there. So we were happy to snap their hands off and to use this venue to raise awareness and raise a few extra funds for us.

“The staff came up with this great idea that they would use their baking prowess, so they got in touch with us a few weeks ago and because it’s mental health awareness week next week we thought it would be a nice little prequel in the run up to Mental Health Week just to raise awareness of services.” 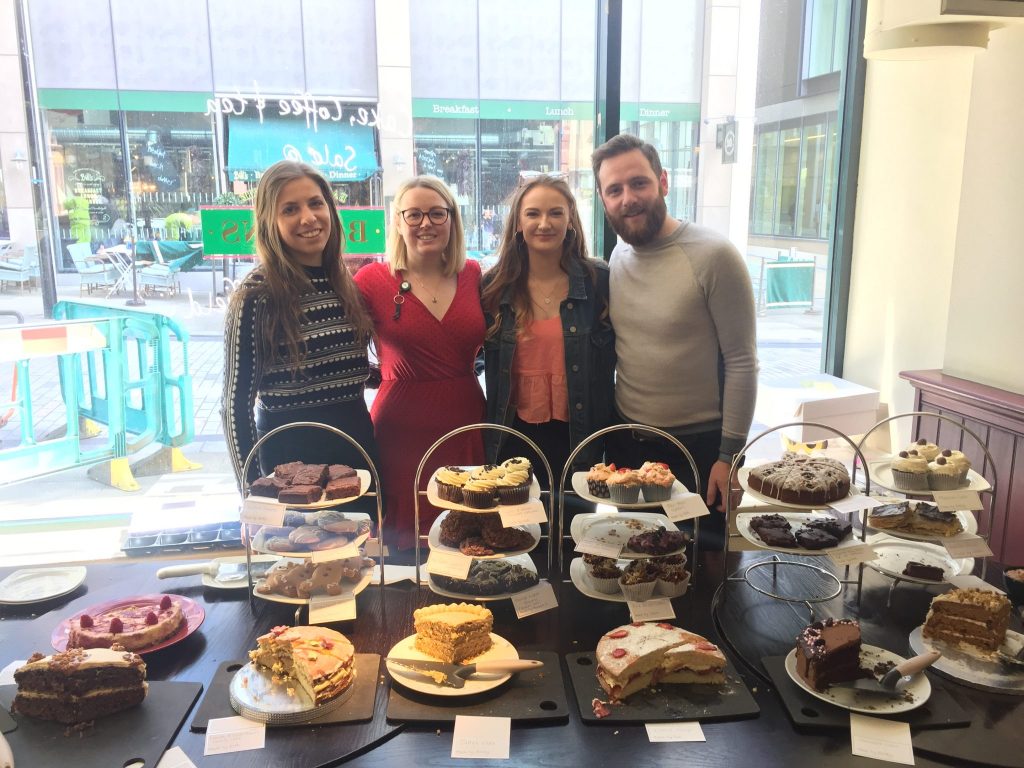 Sara, Sales Manager at Browns Sheffield who hosted the Bake Sale, said: “Last year we did a raffle and had a donation box downstairs.

“We raised over £500 so it was just lovely to work with Lindsay again and to do something that gets the whole team involved, something a bit fun but again to raise awareness for such a good charity.”

Mental Health Awareness Week runs from Monday 14 to Sunday 20 May. Throughout the week, Mind across the UK will be working to reduce stress and improve wellbeing.

For more information about services in Sheffield, see www.sheffieldmind.co.uk/services.