The winner of a local Hospice’s lottery has split his winnings between two local charities.

John Bryan, of Nether Edge, won £13,000 in the St Luke’s Hospice lottery, a Sheffield organisation that provides care and support to adults suffering with terminal illnesses.

In a show of gratitude to the organisations and their work, Mr Bryan chose to give half of the winnings back to St Luke’s Hospice.

In a statement issued by the Hospice, Mr Bryan said: “I was amazed to learn I’d won the St Luke’s Lottery, and such a big amount – it was a fantastic surprise.

“It felt right to return the winnings in support of two charities that are both very close to my heart for their work with families affected by cancer and terminal illness – Cavendish Cancer Care and St Luke’s itself. These charities are real Sheffield gems, each playing a vital role in our community. We are so lucky to have them.”

“Only 24% of our funding comes from the government, which means that we need to raise the remaining £6.4million ourselves from donations.

“That’s a lot to ask, so every single donation like this one really counts.”

The second half of Mr Bryan’s winnings were donated to Cavendish Cancer Care, a cancer charity that provides support to those living with the disease in South Yorkshire, North Derbyshire and Nottinghamshire.

In a press release, Chris Farrell, Chief Executive of the charity, said: “As a local independent charity we depend on the generosity of the community we support to keep our doors open for the next person who needs us.

“John’s fantastic donation will allow us to provide a complete package of support for over 50 local families.” 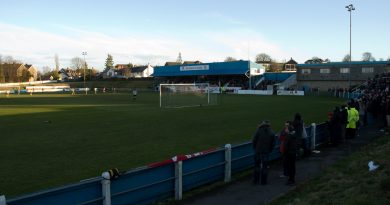 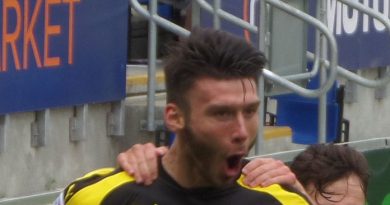 Barnsley forward Moore out for season