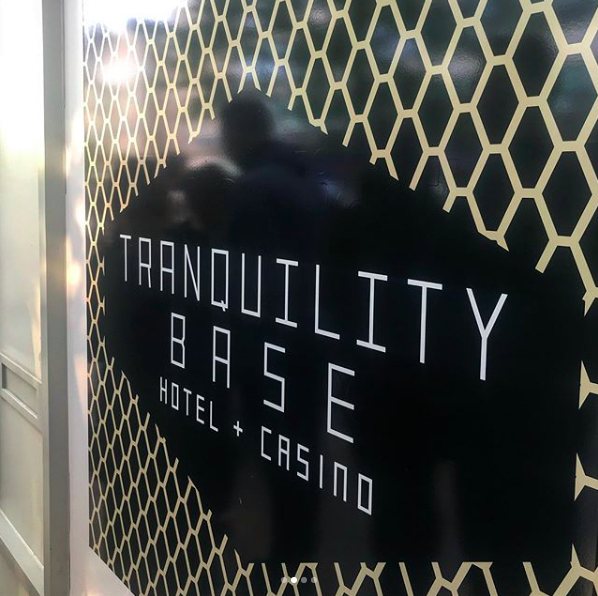 Father of Arctic Monkeys’ drummer Matt Helders has hailed their Sheffield pop up store as a “great experience”.

Sheffield indie four piece Arctic Monkeys opened a pop up store this weekend for the release of their sixth studio album ‘Tranquility Base Hotel and Casino’.

Weekend was really successful, the pop up store was a great experience, well organised https://t.co/JfK22Ns9aQ

One of six in the world, the store was a UK exclusive stocking limited edition merchandise including a coveted gold vinyl only available at the Barkers Pool shop.

The band, originally from High Green, saw thousands of fans turn out including campers. Opening on Friday the 11th, the store’s opening coincided with the official release of the album.

Selling merchandise from £9 posters to £50 TBHC silk scarves, the organisers donned boilersuits featured in the Monkeys’ new video for the first single, ‘Four Out Of Five’.

The album was been described by BBC Music as a meandering, piano-driven, sci fi, jazz, lounge record.

Alfie Robinson, 24, of Scotland Street was the 50th customer through the door on the opening day. “I’ve been listening to Tranquility Base Hotel and Casino since it came out at midnight. I’m hoping to bag a gold vinyl to add to my collection”.

He added, “I think its great that the boys are doing something up North, usually everything is in London, its refreshing that they still remember their roots.”

With 15 dates in 6 UK cities, the band are set for a stellar year on the back of their recent American tour success.