Pride Sheffield: Pride Is About Protest As Well As Celebration 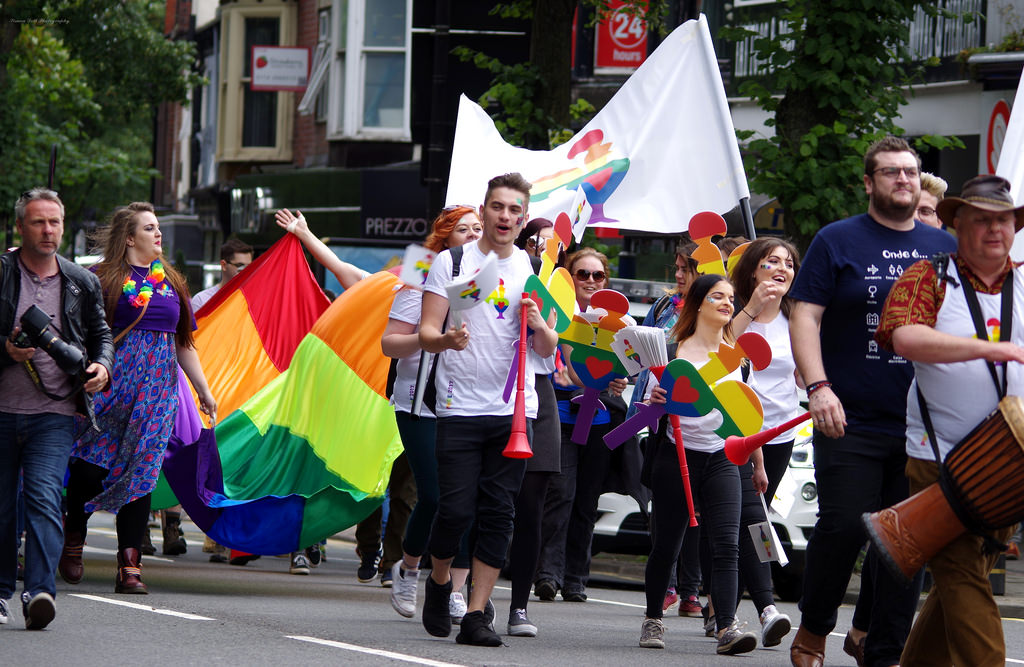 Following the Sheffield Pride committee’s statement that Pride is ‘a celebration not a protest’, an apology has since been issued to clear the misunderstanding.

The comment which was originally published has garnered some offence among the public who see the pride event in Endcliffe Park as a movement striving for equality for the LGBT+ community.

In response to the Twitter backlash, a spokesman for the Pride Sheffield Committee issued a statement saying “Pride is about protest as well as celebration”.

He added: “We have listened to people’s views and we acknowledge we got it wrong. We had originally stated Pride was a ‘celebration not a protest’ following criticism we received after last years’ parade and event.”

The event also introduced controversial guidelines, telling participants that offensive placards would be banned by the Parade Manager and will not be allowed in the march.

The rules stated: “Please note that any groups attending with banners or placard will be viewed by the Parade Manager, any that are deemed to be ‘offensive’ will not be allowed in the March.”

With these rules being implemented, countless of social media users began to voice their unhappiness regarding the matter.

Twitter user Danny Nasr posted online: “When we forget our history, we forget why we march every year. We march to celebrate Queer culture and excellence but we ALSO march in solidarity with our siblings across the world who do not share that same privilege.”

Another Twitter user Michael Williams tweeted: “Sheffield Pride identifying Pride as a celebration and “not protest” is such a crushingly effective way of demonstrating how completely disconnected the self-appointed leaders of the Pride events and even LGBT groups are from the history of pride.”

Despite that, Pride Sheffield has recognised all these considerations and are still aiming to hold an inclusive and respectful event that does not censor diversity or prevent friendly protests.