An inmate and his girlfriend were sentenced to ten years in jail after they were found guilty of supplying drugs into prison.

It followed a four-day trial in April.

An investigation revealed they had attempted to supply class A drugs into HMP Doncaster. Officers from Doncaster Local Policing Team arrested Alderson in January 2017 after her serving prisoner partner Gold was found to be in possession of an estimated five thousand pounds worth of cocaine and heroin following a visit from her at HMP Doncaster.

DC Turton of the North Eastern Regional Prison Intelligence Unit said: “This investigation led by PC Payne of Doncaster LPT was challenging and encountered retrospective forensic investigations and submissions, which required supplementary assistance from HMP Doncaster and the Regional Prison Intelligence Unit. However through this partnership work we able to present the case before the court and subsequently punish Gold and Alderson for their actions.

“The commitment shown throughout this investigation and the respective sentences received show that if you supply drugs into a prison you will be punished. I hope this result highlights our commitment to tackling criminality within our prisons and will act as a deterrent to both inmates or anyone who is considering becoming involved in drugs supply.” 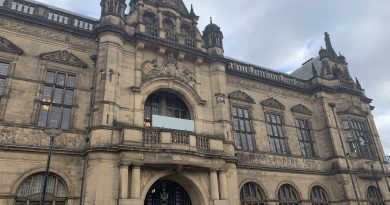