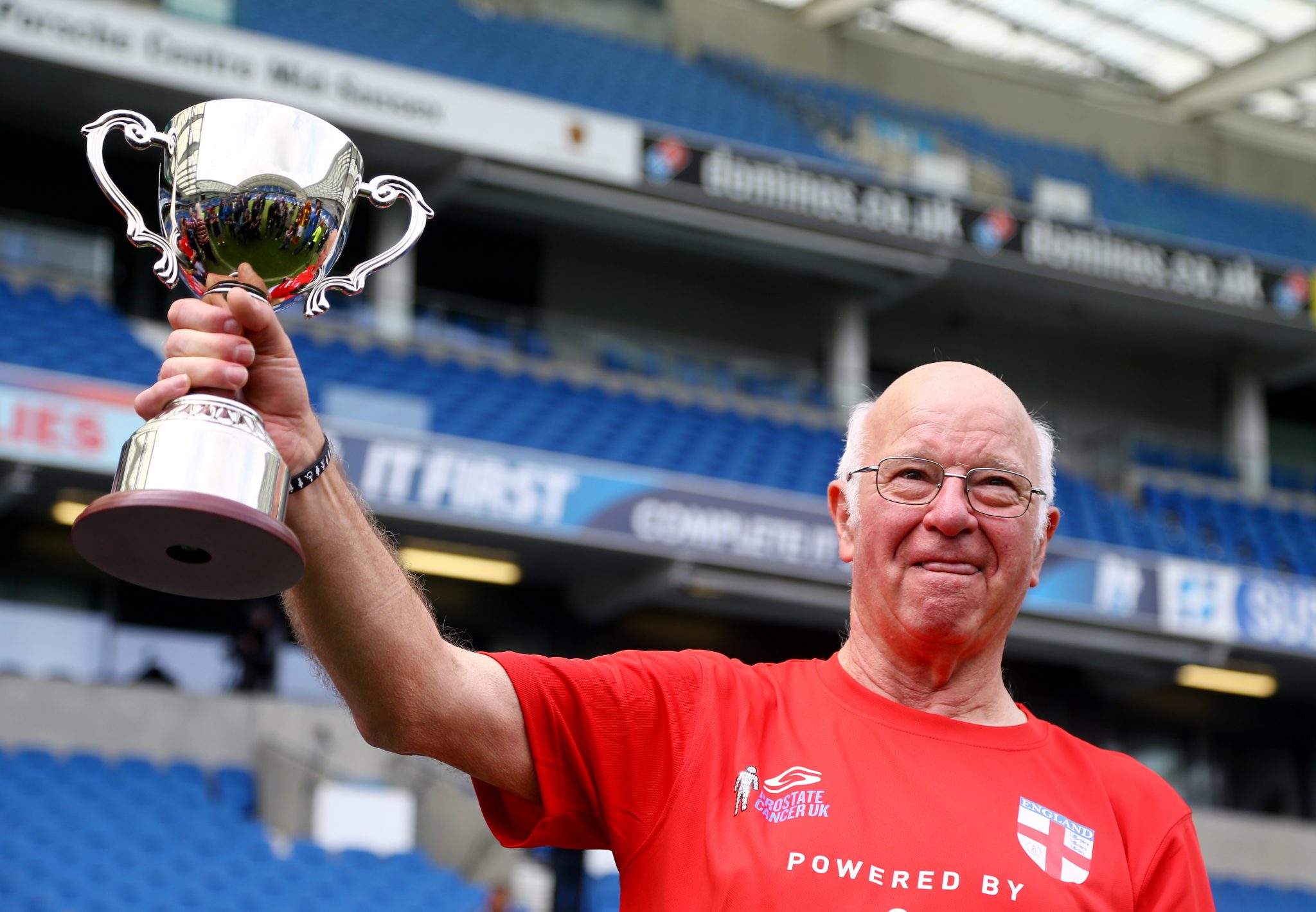 The youngest brother of World Cup winners Bobby and Jack Charlton, and Rotherham Mature Milers player Tommy Charlton made his England debut yesterday at the age 72.

Tommy Charlton and the England over 60s walking football team beat Italy 3-0 yesterday in their first ever international match played out at Brighton and Hove Albions Amex stadium.

His brothers weren’t able to attend the match, but his family have expressed their pride. His son Andy Charlton said:

My dad has always loved football so to see him achieve something like this is very special. I am incredibly proud of what he is doing for walking football but then again he’s always been my hero 😊

Mr Charlton currently plays for the Rotherham Mature Milers team, a project set up to stimulate the body and the mind, whilst contributing to the reduction of social isolation.

Charlton was called up to the England squad after impressing coaches at a training session at the Burnley training ground in March.

Brother and 1966 World Cup winner Jack Charlton told the BBC: “Both Bobby and myself are incredibly proud of the fact that at the tender age of just 72 you are able to follow in the family footsteps and get to play for England. So very proud of you Tom.”

Tommy Charlton was forced to retire from football at the age of 24 because of an injury, and was never able to follow in his brother’s footsteps until now.

He told Sky News that it was “a dream come true” to be able to wear an England shirt so similar to the ones his brothers wore 51 years ago.