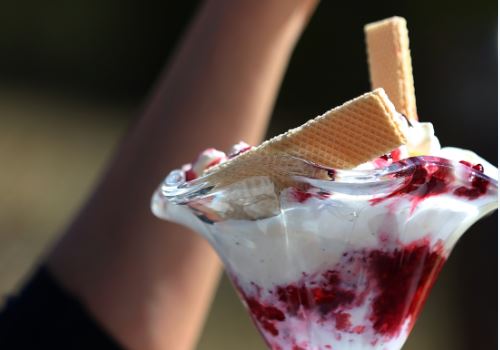 An ice-cream van driver based outside a Sheffield primary school can continue trading despite complaints from parents, it was revealed today.

Gary Grayson, whose van is usually found outside Birley primary school, in Thornberry Avenue, Sheffield, had his street vendor license renewed at a meeting of Sheffield City Council.

However, some parents had asked councillors to refuse him a license renewal.

Anne-Marie Shawling, mother of a student who attends the school, said at the meeting that Mr Grayson had been “abusive”.

She said: “If you’re in his spot he becomes aggressive and is an all-around nasty person. Even the head-teacher doesn’t want him there.

“He put my car registration on Facebook asking where I live!”

A representative for Mr Grayson said: “He is fully qualified to sell ice-cream and liked by many people. We have a petition of 221 supporters trying to keep his ice-cream van outside this primary school.”

Mr Grayson said: “If I lose this spot it will make business very difficult, I’m not carrying out any obstruction with my van and I make sure to safeguard all of my customers.

“I’m even trying to introduce frozen yogurt and sugar-free drinks.”

Ms Shawling said: “If anyone beeps at him because traffic is building up, you get swore at. Last year he got 1300 customers, this year he only got around 20. People are scared of him.”

The committee decided that Mr Grayson was fully entitled to keep his licence as long as he follows strict guidelines when handling food.