Sheffield schools will lose out in comparison with similar cities under a new funding formula, according to a city MP.

Paul Blomfield, Labour MP for Sheffield Central, said: “Money is being shifted away from primary, and there is simply not enough for special needs and disabilities.

“I’m meeting with Sheffield primary head teachers on Friday to discuss the crisis in their schools. They will feel that £200 million extra for grammar schools is simply the wrong priority.”

The suggested formula has been put forward by the Department of Education and is meant to be implemented in 2020/21. 128 of 134 primary schools in Sheffield are losing out because of the budget cuts.

Annie Hadfield, whose daughter goes to Lower Meadow primary in Greenhill said: “It’s reading things like this that gets me mad.

“Especially when my daughters school (Lower Meadow) want to change the colour of the school uniform and give EVERY student a free jumper and P.E shirt when the money could be spent elsewhere.

“School uniforms in primary schools just seem unimportant to me, and don’t have any effect on their learning.”

These cuts can be the equivalent of a school losing up to tens of thousands from its budget, which could be up to two or three teachers and teaching assistants.

These proposed cuts are only for primary schools while secondary schools in Sheffield will see a rise in their budget, of up to £1 million.

Jackie Drayton, cabinet member for children, young people and families, has yet to comment on the situation. 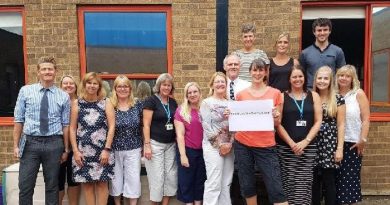 Sheffield pulls together to call for fairer school funding