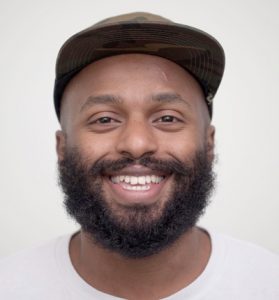 Sheffield City has elected Magid Magid, 28 as Lord Mayor today, breaking the record for the most ‘firsts’ for a Mayor and marking the end of Councillor Anne Murphy’s mayoral year.

Magid, who first moved to Sheffield to flee a war-torn Somalia aged five as a non-English speaker, has become the 122nd and the youngest mayor of Sheffield.

This comes after Anne Murphy was formally elected as Sheffield’s first female Mayor.

Magid says: “I was born in Somalia but bred in Sheffield, with real Steel City pride”

He is also the first Green Party councillor to wear the chain of office.

Alison Teal, Green Party Councillor said: “He has a true can-do attitude, he is incredibly welcoming and kind and of course you cannot miss his beautiful smile.

“His mother had to cope with the red tape of setting up a new in Sheffield age five without speaking English.”

Councillor Teal added: “There is nothing faint hearted about Magid, he has the wit and self-assurance to make a tremendous success of this latest adventure.

“I heartedly recommend him as Mayor.”

Calling Magid: “A breath of fresh air and a beacon of hope for Sheffield’s future.”

Magid also featured on Channel 4’s ‘The Hunted’ where he acted as a fugitive ‘on the run’.

During his Installation Ceremony Magid mentioned his brief television fame saying: “I do not regret it one bit.

“I was left hungry, tired and in the middle of nowhere, after hours of trying to hitch a ride a gentleman from Crookes welcomed me into his home, showing me nothing but love and hospitality.

“I believe this embodies everything that this city is.”

He added: “God forbid anything happens to Sheffield, but if we had to flee I hope there is a Sheffield to welcome us in every corner of the world.”

Former Lord Mayor Anne Murphy finished by saying: “Thank you Sheffield for your continuous warm and welcoming smiles which have made my mayoral year so special”.

Magid will begin his mayoral duties with immediate effect.