Lost Sheffield trees to be replaced 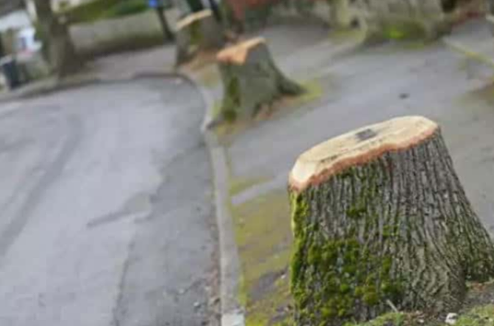 The controversial two billion ‘Streets Ahead’ PFI contract says it aims to replace all the trees that have been felled within the recent weeks.

Around 17,500 trees have been included in the in the contract but this is not the target. In the next five years a maximum of 5,000 will be felled.

5,500 trees have already been felled in Sheffield as they have been classed as: dangerous, dead, diseased, dying, damaged or discriminatory but protestors say healthy trees are also being cut.

There has also been a controversy over trees being called ‘discriminatory’. This means they prevent wheelchair and scooters from using the pavement.

Protestors have said the trees should be amended not just got down.

Sheffield Tree Action Group said: “Tree replacement works are currently paused to allow time for Amey to work on options to help us to move forward and we are happy to share any new proposals with residents and meet with STAG once this work is completed.”

The council have opened talks and have been working with STAG to overcome the issues faced by the tree felling.

Labour councillor for Nether Edge, Mohammad Maroof said:” STAG have run a wonderful campaign to try and save trees and do have a democratic right to protest, however there is a line between peaceful protest and crossing the line.”

He added: “The only way the PFI contract can be terminated is through a labour led government in Westminster.”

The tree felling in Sheffield caused Labour to lose many votes to their rivals and Alison Teal increased her majority from eight votes to 1,400.