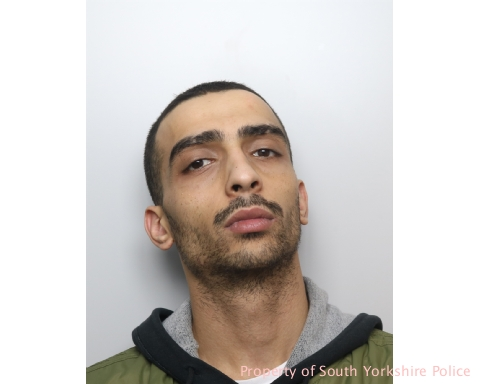 A Netherthorpe man dealing crack cocaine and heroin on Sheffield’s streets has been sentenced to 92 months in prison.

Tarek Azimeh, 22, of Edward Street, entered a guilty plea and on Wednesday 9 May was sentenced to seven years and eight months in prison.

PC Gareth Webb, who investigated the offences, said: “The four Tasking Teams in Sheffield have been conducting various proactive operations in and around Burngreave, targeting individuals and criminality in the area.

“As a result of an extensive investigation, Azimeh is now behind bars, which is exactly where he should be, for dealing illegal and deadly drugs on our streets.”

Mr Azimeh was arrested on 5 October 2016 after police were alerted to his silver Vauxhall Astra, where he and a passenger were sat on Grimesthorpe Road in Burngreave.

When he was searched by police, he was found to have £800 in cash on him, and 42 wraps of crack cocaine and 28 wraps of heroin were found in his car with a combined street value of over £700. His passenger fled the scene.

He was later charged with two counts of possession with intent to supply Class A drugs.

Azimeh continued dealing drugs whilst on bail and was arrested again on 4 April 2017, when police found a small amount of cannabis on him, but nine wraps of crack cocaine and ten wraps of heroin under the passenger seat of the silver Mini he was driving.

PC Webb said: “Drugs are a blight to our communities and cause untold heartache for so many families who have to watch their loved ones suffer.

“The proactive work in Burngreave will continue, as we target drug dealers and others involved in any type of criminality, in and around the area.”

The drugs on Azimeh’s possession on April had a combined street value of £190.