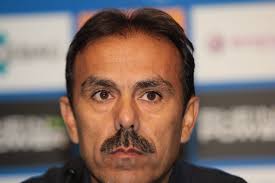 Despite reports that they would have to cough up £2.6m, Sheffield Wednesday have been told it would only cost £800,000 to make Frederico Venancio’s loan move permanent.

In a recent press conference Manager Jos Luhukay said: “From the first day I came here, Venancio has done a very good job and we hope to find a positive solution with him.”

Venancio has publicly stated his desire to remain with Wednesday after a season which despite disappointing domestic success for the team, he managed to form a strong bond with the fans.

To many followers of the Owls, this is seen as a bargain as the highly-rated centre back appeared 25 times during the 2017/2018 season, finding the net in the last game of the season against Norwich City.

To many, this deal represents good value for money when especially during a period where some at the club are expecting financial fair play difficulties.

Wednesday will be managing their budget very carefully after dipping into the red last summer although Championship clubs are permitted to make losses of up to £13m a year.

He has earned 2 caps for the Portugal U-21 side and is yet to feature for the senior squad.

Several fans are being careful not to get ahead of themselves:

It’d be the most Wednesday thing to happen that now we have to reportedly pay £800k for Vennacio, we spend the whole summer negotiating up in £5k instalments from £400k and he eventually moves to Millwall or Wigan. #swfc

Find it unlikely a club would let their 25 yr old ex captain leave for a 1/3 of what they were previously asking for. Transfer fees and valuations in the media have to be taken with a pinch of salt imo #swfc

Many fans have taken to Twitter to express their delight about this likely transfer move:

TRANSFERS: Sheffield Wednesday have been told they must stump up £800,000 to prize Frederico Venancio away from Vitoria de Setuba. In today’s market.. it’s a bargain for a 25yr old defender of his quality #swfc pic.twitter.com/6g1pP0sZyt

Venancio’s message on Instagram got me in love! 💙 #swfc pic.twitter.com/ZGqHY9JWEe

Frederico Venancio reportedly available for £800,000. In this day and age, that is a superb price for a player of his age and quality. Wednesday really need to try and get that deal over the line. #SWFC