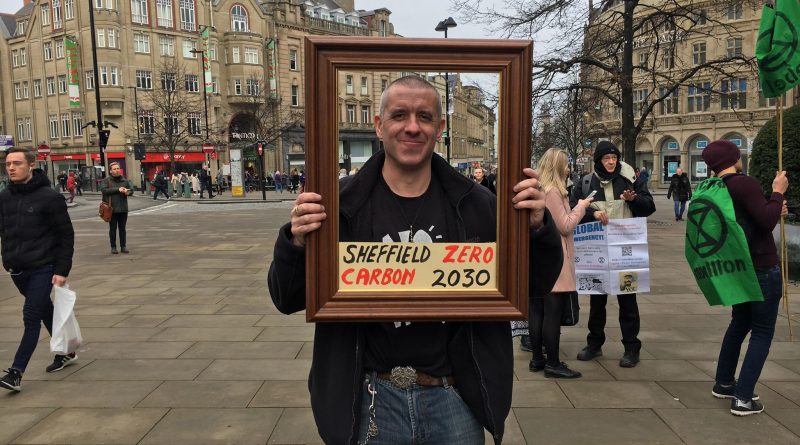 The motion was put forward by labour and it stated that Sheffield would be decarbonised by 2050, which protestors felt was not soon enough.

Nathan Strathdee, 19, who is a student said: “The motion declares a climate emergency which is good but it doesn’t have any firm targets. They will come back to it in six months when they have done a review, but that’s not what an emergency is.

“We’re here to support an amendment to make Sheffield decarbonised by 2030 as well as letting the council know there are people who care about this issue and this city.”

Other councils such as Bristol, Nottingham and Brighton have all declared a climate emergency and Sheffield is now the largest metropolitan borough to have done one. 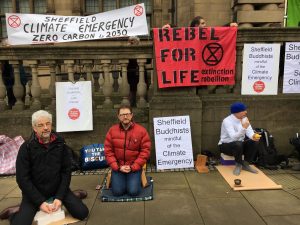 Peter Knowles, 74, who is retired said: “I don’t get it. I think it’s too late to do anything now so whats the point? We have already ruined this planet enough and I don’t think there’s much we can do. Decarbonising Sheffield will have no impact if countries like India and China are polluting like there’s no tomorrow.”

The motion comes after the IPCC special report stated that we have only 12 years to avoid terrible consequences for our children, our grandchildren and ourselves. It mentioned that the local and regional government were crucial to doing this.

Jack Scott who is Sheffield City Council’s Cabinet Member for Transport and Development said:” It’s not an exaggeration to say that the future of the human race relies on us taking bold action on climate change, so I am delighted that Sheffield is boldly leading the way here.”

The protest was led by Extinction Rebellion who aim to reduce carbon emissions and greenhouse gasses through peaceful protests and government legislation.