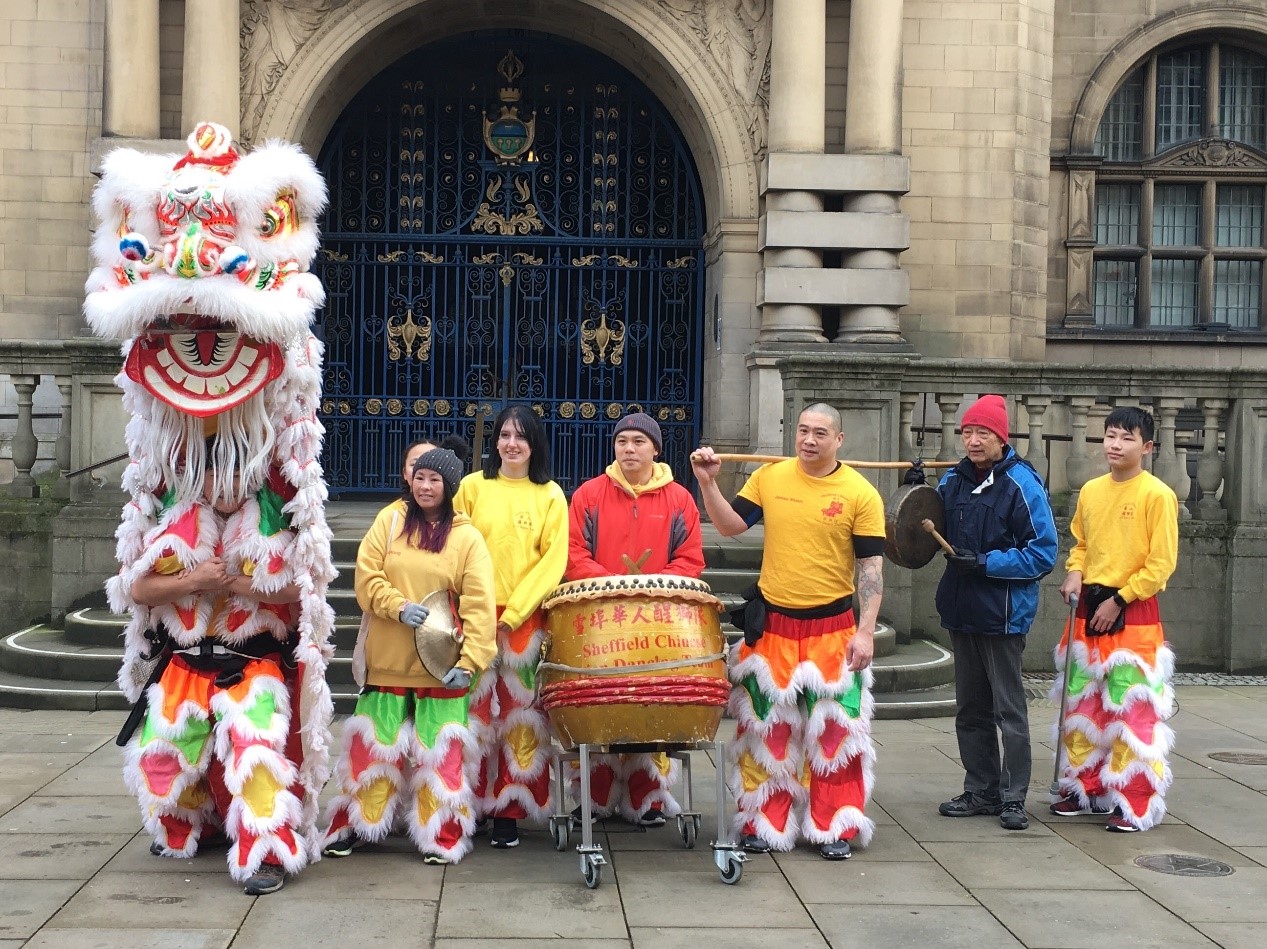 Chinese New Year was celebrated in a spectacular style in Sheffield city centre on 9 and 10 of February.

The Sheffield Chinese Lion Dance Team performed outside the Town Hall dressed up in colourful costumes.

The group then held a parade along the main streets of Sheffield, the Moor and London Road.

Crowds of people poured onto the streets taking pictures and videos to capture the exciting moment.

The leader and performer of the team, Carl Ngo, 40, said they have been performing for many years for the annual festival and have had new young people joining in and performing over the recent years.

“We’d like to bring happiness to the community of Sheffield and we wish to look on the prosperity for the whole of the community,” he said.

Abbie Shaw, 18, the only British member of the group, said she was introduced to the Sheffield Chinese Community and Sheffield Chinese Lion Dance Team by her friend Isabel Tsang, 18, a British born Chinese who is also a performer in the team.

She said: “I was interested in the culture as well as dancing. It’s great to learn about the culture while dancing. Everything’s new experience to me and completely different to what I’ve been grown up with.”

Abbie has been performing for the team for four years. She added: “When I first joined I was scared because there’re so much differences between British and Chinese culture and it’s quite hard to bend down for a long period of time.

“But I’ve got more comfortable now because we will help each other out with even a small thing.

“So when we were at the stages of city hall, there would be no nerves because I felt like I was a part of the team and they didn’t care about who I was and where I came from.”

She also shared how glad she was to see more British people become curious and interested in Chinese culture through their lion dance activities and how helpful this was for promoting the relationship between the Chinese community in Sheffield and British people.