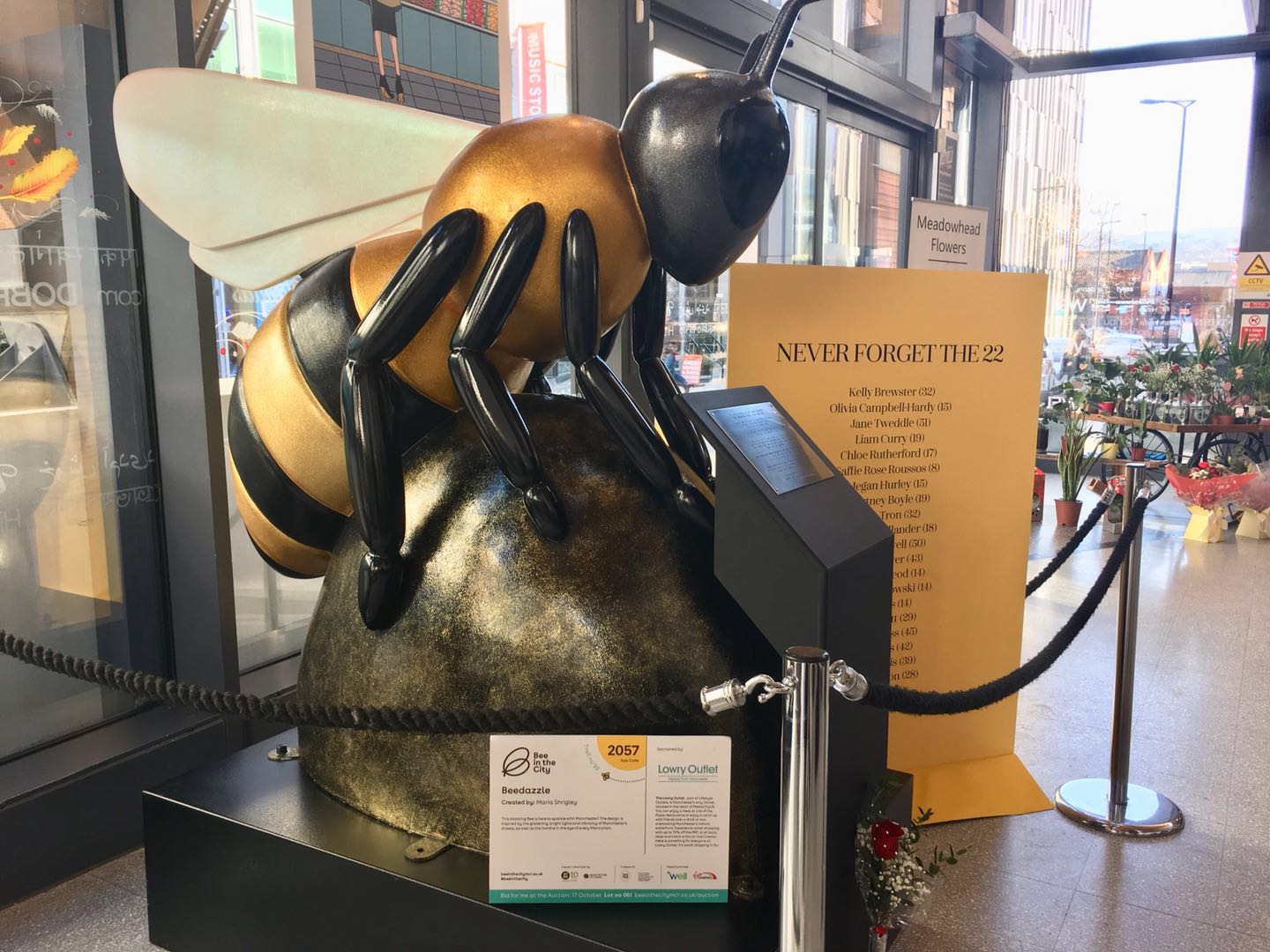 A giant bee sculpture has been unveiled at the Moor Market in memory of Sheffield victim of Manchester Arena terror attack.

Kelly Brewster was one of the 22 people killed in the bombing during the Ariana Grande concert on 22 May 2017.

The giant bee named “Beedazzle” designed by Maria Shrigley was bought through the efforts of bombing survivor Amelia Thompson, 13 and her friend Darcie Parker, 14 who wanted to bring something positive out of the tragic event.

Amelia told BBC News: “We wanted to bring the sculpture to Sheffield to bring the city together and remember Kelly. It’ll show that we’re not going to let terrorism win.”

On a plaque fixed on the bee, Kelly’s family wrote: “Tragically taken from us in the Manchester Arena attack. She was a much loved daughter, partner, sister, aunty and a special friend. If we could only have this life for one more day. If we could only turn back time.”

Karon Breckon, flower shop owner said: “I arranged the flowers for Kelly’s funeral. It touched us a lot. I was very shocked when knowing the tragedy. She was in Sheffield originally and everyone is her family.”

Joe Pepper, 29, who used to work in Manchester Arena shortly after the attack, said: “It was very surreal that something like this could happen. It was just tragic that young people have to die. It’s very very sad.”

Joanna Ferret, 35, yoga teacher, said she was happy to see the sculpture being made in honour of the victim.

She said: “It reminds me a lot of the tragedy. Some of my friends who are tattoo artists have the design of the bee created in their studios to remember people who died in the attack.”

The bee is going to be on display at the Moor Market until Friday 19 April.