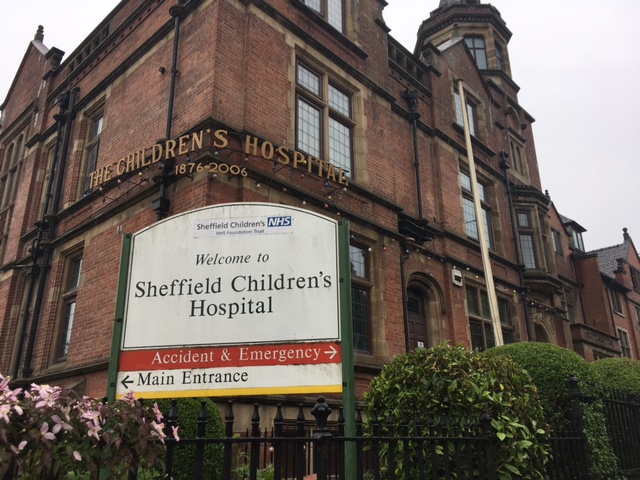 The Sheffield Children’s Hospital is no stranger to donations from kind individuals, but for marathon runner Matt Garner, a small donation wasn’t enough.

When searching for courses and causes, Matt – who was in training for his first ever marathon – chose to fund-raise for The Children’s Hospital Charity, which supports the work of Sheffield Children’s Hospital, which treats 260,000 young patients from across the UK and around the world every year.

Raising over £4,000 pounds for the hospital, Matt’s efforts towards helping the expanded Emergency Department – a regional major trauma centre treating children from across South Yorkshire, Derbyshire and Lincolnshire.

Originally built to see a maximum of 32,000 patients a year, it now sees 60,000 every 12 months. Under the new plans, the waiting room would expand to four times its current size, with an additional triage assessment area and more treatment, consultancy and examination rooms.

After constantly updating his training progress by weekly video updates, Matt’s assault on the Yorkshire Marathon, with the backing of his local community of Clitheroe, Lancashire, ended up being a big help for the Sheffield Children’s Hospital Charity with their appeal for an expanded Emergency Department.

His choice to support the charity is not one based on any personal ties to the charity or indeed the city, just out of his admiration for the work that the Sheffield Children’s Hospital do every day. In and interview with the Sheffield Telegraph, Matt said “it felt like it was meant to be.”

The charity has said: “Matt has made a huge difference to the charity. It goes over and above the standard NHS provision.”

As thanks, Matt was shown around the new wing of the hospital he helped fund, which included en-suite bedrooms and parent facilities, which totalled about £10m in charity donations.