A Sheffield band are hosting a Valentine’s Day ball to help fundraise for the S6 foodbank this weekend.

The band Redback will be performing cover songs at Crookes social club this Saturday and donating all the profits to the foodbank.

There will be a raffle taking place and guests can also enjoy some prosecco for just £2 a glass all while raising money for a good cause.

Tony Mercer, 63, the organiser of the event and lead singer of the band says, “I think that foodbanks are essential to quite a lot of people, particularly the working poor in today’s society.

“It’s a scandal that so many people have to use the foodbanks, but it is incredibly important that we support them until we can reverse the current austerity we live in.” 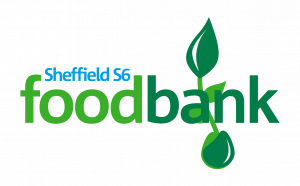 The S6 foodbank runs two or three music events every year to raise funds and bring foodbanks to the people’s attention.

Chris Hardy, the manager of the foodbank says, “We constantly need to raise awareness to bring in food plus money to sustain the foodbanks as the need is increasing 20-30% each year.

“We help people in crisis and help them to get back on their feet. The foodbank is able to listen, give food, and can also signpost to other things to make people aware that they’re not alone.”

Tony is also the fundraising and social officer for the Hallam constituency and he says: “Most of the branches in the constituency support the S6 foodbank so when I booked the social club, I knew that it would be the obvious choice to give the profits to the foodbank.”

The ball is being held on the 16th February, 8pm until late.

Tickets can be bought in advance from tonyomercer@btinternet.com for £8/£4 (low/unwaged) or £10/£5 on the door.