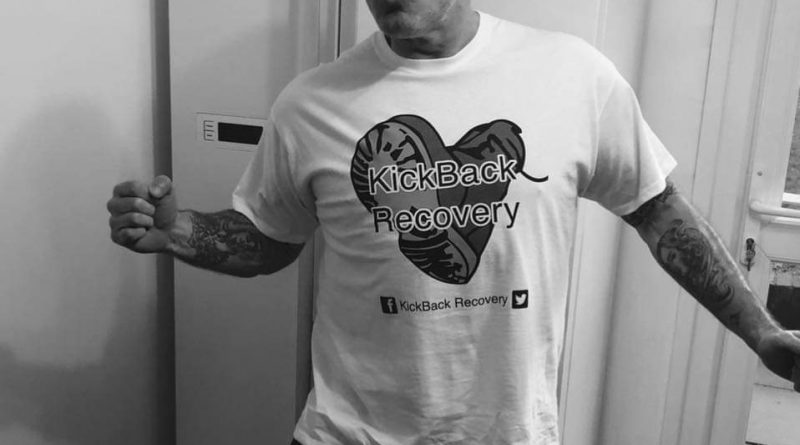 Kickback Recovery Group members will be working in partnership with Sheffield College this Friday to deliver drug awareness workshops to young students.

It follows two sessions that were held with the students last week that included a boxercise class which left the students wanting more.

Heather Lambert, a teacher at The Sheffield College said: “The students really enjoyed the drugs awareness sessions, it made a difference to educate young people on what they think they might know but actually might not know about drug misuse, the students were really honest after the sessions, I have sent a message to our director about Kickback workers becoming familiar faces at the college.”

Kickback facilitate recovery groups every week and deliver workshops as well as mentoring and outdoor activities across the city to assist people and their families who are struggling with any form of addiction.

Their support worker Adam Holmes talked about what they do, his experience as a young impressionable teenager and his journey in and out of addiction.

Adam said: “I have been coming to the Kickback group meetings since it first started and it’s really helped me.  I am now in a position, after my own recovery, to help other people to set them on their journey, drug education is always best coming from someone who has done it themselves.”

Mick Hartley, Kickback’s director who won the Toby Foster Community Award in 2018 and the Community Innovation Award in 2016 & 2017 said: “I am excited about the future events we have planned with engaging younger people in these discussions and would welcome the opportunity to work within the Sheffield College several days a week.”

Students at the college shared how inspirational the visit by the recovery group was and that they are looking forward to the next one.

Safia Shazad, 18, said: “I learned a lot from Kickback’s visit, it was the best thing I have ever heard about drug use because it was so real and I would love to see them again.”

Sophie Underwood, 16, added: “It was really really good, I want to see them again, they were brilliant.”

Tabarak Hamid, 18, said: “They gave me something positive, I had never heard anything like that before and it really got to me, it made me realise that life can be good, people can be strong, I would love to see them again.”.

Kickback Recovery Sessions for the general public are based at De Hood at Old Prince Edward School on Manor Top on Wednesdays 10am till 12pm and Thursdays 4pm till 8pm.

All sessions are free, welcoming, friendly and supportive with free refreshments.

Protest against Universal Credit cuts cancelled due to heavy snow