Sheffield journalism students want newspapers on sale in their SU 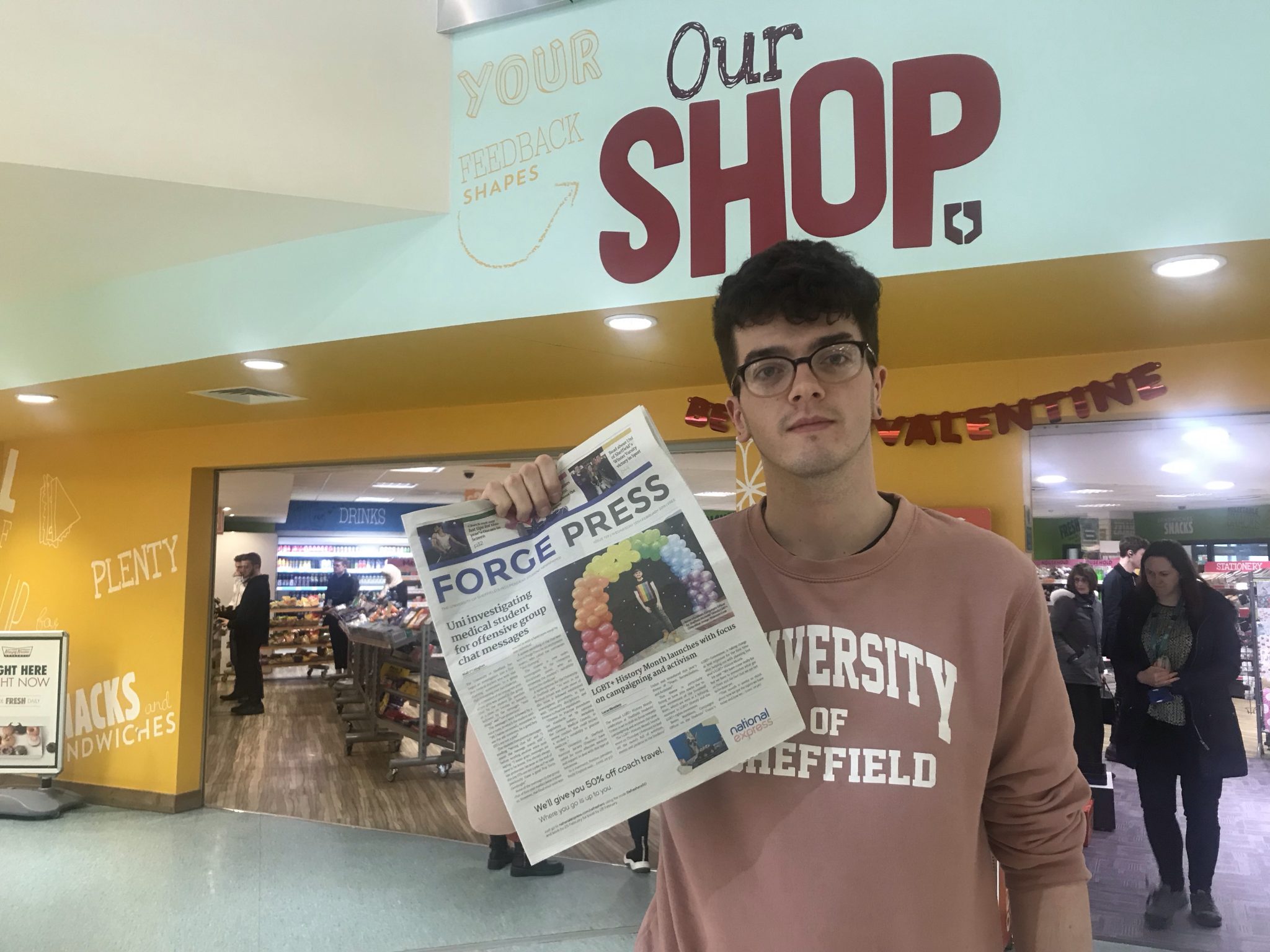 A proposal to Sheffield Students’ Union to reintroduce the selling of newspapers in its shop was put forward this week.

Alfie Robinson, second year Journalism student at the University of Sheffield, set up a petition on Tuesday 12 February which received twice the necessary support in a day. With over 50 votes ‘for’, the motion now has to be officially presented and voted on by the SU Officer team.

Alfie believes both the Union and UoS students and staff will benefit if newspapers are sold in Our Shop in the SU building. The impact will be most significant on students from the Department of Journalism Studies, to whom checking the news is an essential part of their everyday life.

“We have the number one Journalism course in the UK and you would think the SU would make daily-read newspapers available to us because it is such a big part of our journalism degree,” Alfie said.

“If this gets implemented, it will make life easier for students who actually need to pick up a paper and read it,” he added.

The topic was raised by a former SU employee, who urged students to share with their SU any ideas they have to improve it, suggesting the reintroducing of newspaper sale in their shop.

The young journalist believes his proposal could be successfully passed and become an established practice around universities and students’ unions. If the Sheffield SU and the Journalism Department worked together for this cause, it could even impact the newspaper industry.

“It would be good for the Students’ Union to back the Department of Journalism Studies. By helping students get newspapers they are also helping their future prospects to get jobs,” said Alfie.

“The newspaper industry is in such decline and we need to do something to support it. If we need to buy a newspaper anyway, we can just come to one of the most accessible buildings on campus to then pick up a newspaper and put that little bit of money into the industry.”