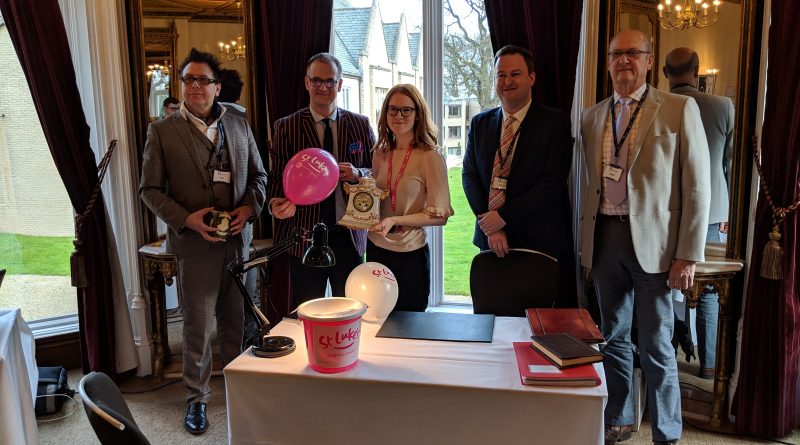 Hanson’s Auctioneers quarter to host an event at Kenwood Hall where the public could bring any objects they possess to have them valued for free.

Mr Hanson, 41, said: “After being given a tour and seeing the humble people and the work they do, it is really moving to hear some of the stories. In a similar way, objects can carry really moving stories.”

Janice Quinn, 80, had items from her family heritage valued at the event. She said: “I’ve brought along things handed down to me by my aunt and that have been in my family for years but I have no idea about where they are from or what they are worth.”

Hanson Auctioneers have been holding similar events every month for more than a year now. Mr Hanson said: “For us it’s about people. We love meeting people and coming to places where there is a passion. 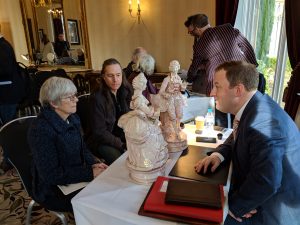 “We want Sheffield to be more aware of its illustrious past and antiques quarter.”

Hanson’s Antiques have been supporting St Luke’s Hospice for a number of years and have raised hundreds of pounds in the process. Their recent event also aimed to fundraise for the local charity.

Only 25% of St Luke’s funding comes from the government which means they rely heavily on donations and support from people.

Megan Senior, 29, Community Fundraising Manager for St Luke’s Hospice, said: “We are really lucky that Sheffield’s people are so generous.

“I think that because we have such a big job to do – helping thousands of people, so we have to be really out there.

“The main reason people support us is because they have been touched by St Luke’s and everyone can relate to that,” she added.