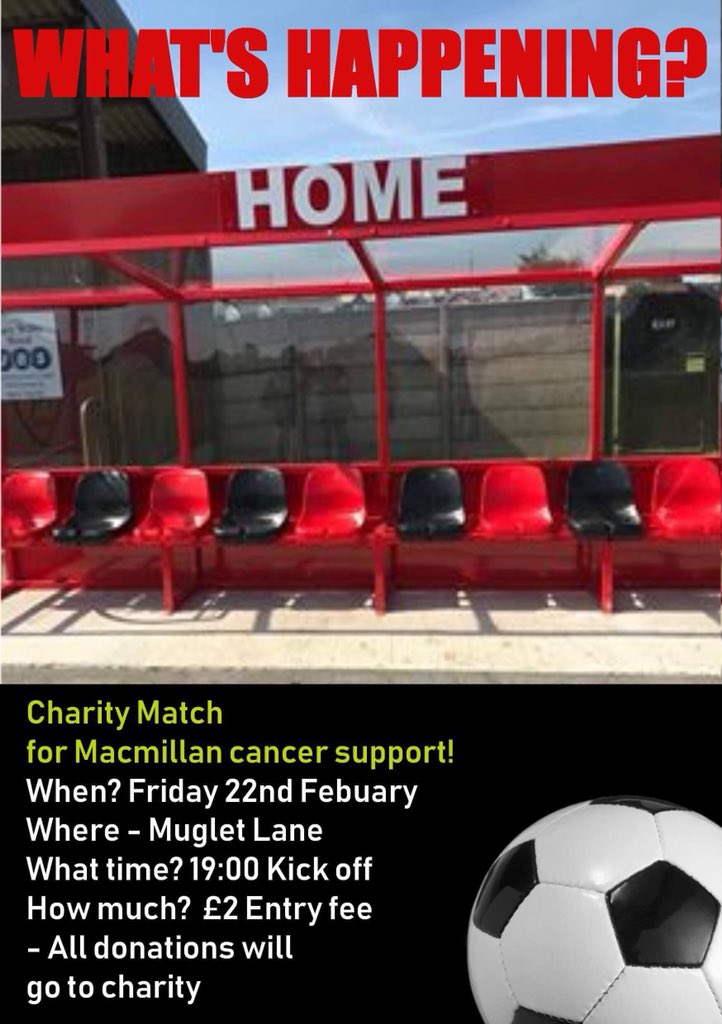 A 16-year-old Sheffield Wednesday season-ticket holder has put together a grassroots charity kick off on Friday to raise money for charity.

William Hunter organised the match to raise money for MacMillan Cancer Support after finding out his friend’s dad had been diagnosed with the illness. He has already raised £429 of his £440 goal.

The match will take place at Muglet Lane Stadium, home of non-league side Maltby Main FC, and William was impressed by huge level of support he has received from the football world.

He said: “Sheffield Wednesday have helped massively. As soon as they got involved it took off on Facebook and Twitter immediately. It’s helped get so much support.

William plays for local side AFC Dronfield and his teammates will be taking the field against a team of his school friends, and they’ll be managed by two famous faces in former Sheffield Wednesday player Tony Curran and ex Rotherham defender John Breckin.

The event will cost just £2 to attend, and William has urged the support of the local community:

He said: “My family have put a fair bit of money in themselves because MacMillan are such an important charity.”

“Every penny we raise is going to a good cause, and it should be a really fun evening. There’s a raffle and other ways to donate as well as the match.”

The charity game will kick off at 7:00 tomorrow evening, and you can donate to William’s Go Fund Me page via the link below.
https://www.gofundme.com/6ukw84g