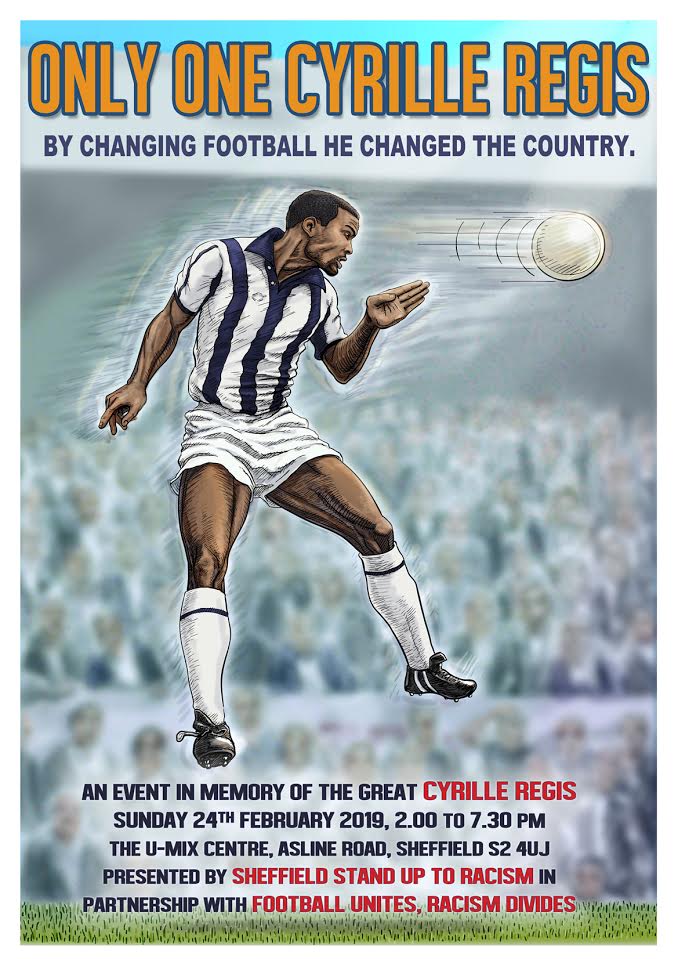 The life of inspirational black footballer Cyrille Regis will be celebrated at a football tournament in Sheffield this weekend.

The event is being organised by Stand up to Racism Sheffield and Football Unites, Racism Divides, two groups dedicated to fighting against racism and prejudice.

Cyrille Regis was a former striker for West Bromwich and Coventry City. He’s been voted as one of West Brom’s top 16 best ever players and is seen as a cult figure within the club.

Additionally, Regis is also seen as a role model for standing up to racism in football in the 1970s and 80s.

The day will consist of three football tournaments, one each for younger people, women, and older people, as well as speeches and personal recollections about Cyrille.

Howard Holmes, an organiser from Football Unites, Racism Divides, said: “It’s just over a year since Cyrille Regis, so it’s really a memorial event to mark that moment when he suddenly died of a heart attack.

“It shocked everybody. He was a really fit, strong sort of guy. Almost indestructible, like he was as a player, and here he was one minute and gone the next.

“This event is also a way to use history to point to the present and the future. There’s a lot of lessons that can be learned from history and from the way in which Cyrille, along with other players, overcame the very overt racism in football in the 1970s and 80s.

“It’s important we learn from the past and how Cyrille stood up to racism in the game to bring about change.

“When he started playing in the First Division as a teenager, there were so many prejudices surrounding black players at the time. Cyrille overcame all of those.

“He was strong, determined, and above all courageous. He let his game do the talking and I know that was an inspiration to a lot of black people at the time to try and make a living in the game.

“He gave a lot of anti-racist fans the confidence to stand up to racism within the crowd.”

The event takes place on February 24 – a day after Sheffield United’s fixture against West Bromwich – and starts at 2pm at the U-Mix Centre off Bramall Lane.