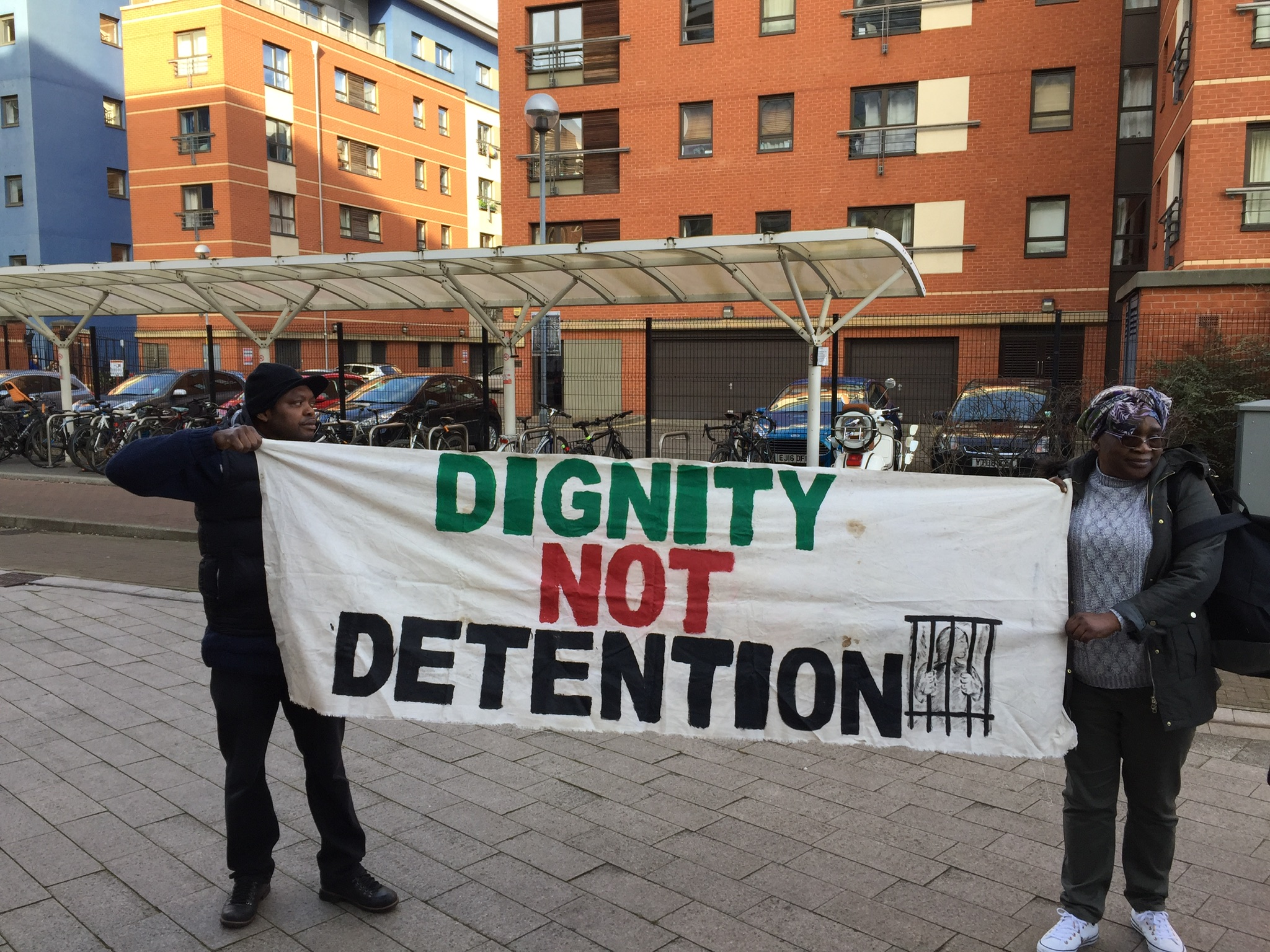 Protesters gathered outside the Sheffield home office building on Tuesday in solidarity with Zimbabwean asylum seekers who are facing deportation from the UK.

The protest was started as a result of the detention of Victor Mujakachi last Monday, who was later released after a petition collected over 75,000 signatures.

Victor fled Zimbabwe in 2003 on a student visa following a warrant for his arrest was issued, and has since been very involved with charity work in Sheffield.

Victor said: “If I go back to Zimbabwe then I’m going to face an uncertain future. Torture, bad treatment, beatings, possibly death, because a few fellow Zimbabweans have been killed when they were opposing the government”.

Victor is one of 2,500 Zimbabwean asylum seekers facing deportation UK wide. Another of these is Marian Machakeanyanga, who was due to be interviewed by officials at Vulcan house, the home office building during the time of the protest.

Protesters ranged from all ages and backgrounds, and had come prepared with an array of homemade banners, which read ‘No human being is illegal’ and ‘dignity not deportation’, as well as chants of ‘Victor belongs in Sheffield’.

One of the organisers of the event Student Action for Refugees (STAR) said: “ We were really pleased with the turnout yesterday.

“We are hoping it will show members of the refugee community in Sheffield that there is a huge amount of support for them, and there is strong opposition to the hostile environment here, and that we as a community will stand up and fight against unjust detention.”

Many Zimbabwean asylum seekers like Victor have spoken out against the government, and are extremely fearful of what may happen if they return.

Tina Sampson Smith, a reverend at a church in Bulawayo, the capital of Zimbabwe said: “I have spent a lot of time there, it’s not safe. If you have spoken up against the government and are sent back there you are in big trouble.”