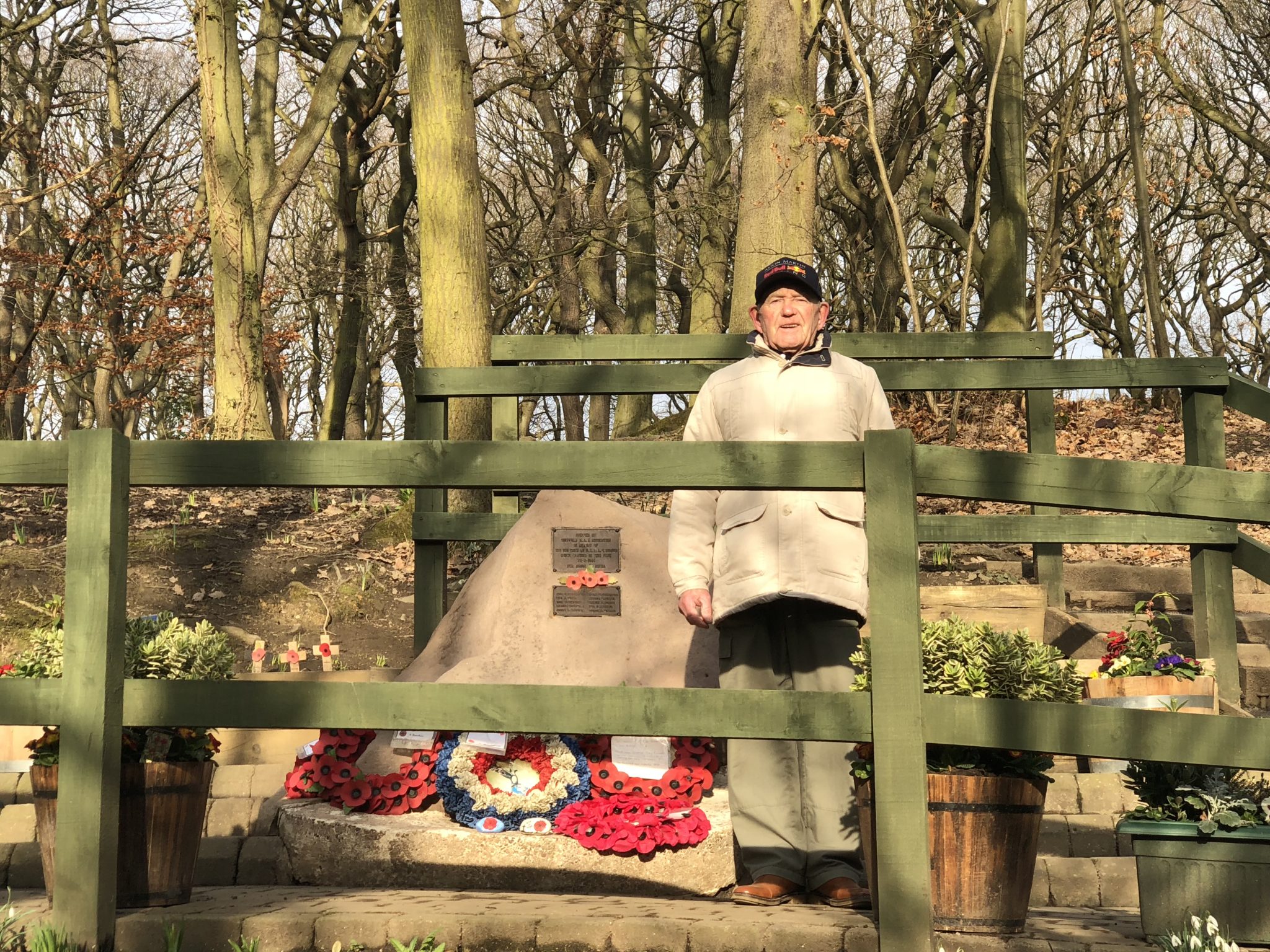 The international spotlight will be on Sheffield tomorrow when the US and Royal Air Force flyover marks the 75th anniversary of the Mi Amigo disaster.

Tony Foulds, 82, has attracted global media attention for his efforts in maintaining the memorial which honours an American plane that crash-landed in Endcliffe Park in 1944.

Tony said: “The response has been overwhelming. I’ve just met a couple of young ladies from Alabama who have come over to have a look at the memorial, so it has obviously gone all over America.

“I still come here every day to maintain the memorial, except Fridays. I’m just really sick of all these leaves. I should ask for these trees to be chopped down.”

The response has excited Tony, but he isn’t worry-free before his event.

“If there’s one thing they don’t fly in, it’s wind. I only hope that it dies down before then. They are experienced pilots, so I’d imagine not everything stops because of a bit of wind.”

'It's never been about Tony, it's always been about those 10 guys in that plane on that day.'
💔 💔 💔
Our hearts just broke when @BBCBreakfast's @DanWalker surprised Tony. What a legend! pic.twitter.com/F9TfOBHbLr

Last night, Dan Walker revealed to Tony on The One Show that members of the family of those who died in the crash will be in attendance at the memorial.

Councillor Mary Lea, cabinet member for culture, parks and leisure at Sheffield City Council, said: “This is going to be a truly memorable day in Sheffield’s history, and we are looking forward to welcoming our friends from the US to pay tribute to this remarkable crew who gave their lives so bravely during the Second World War.

“Sheffield owes the Mi Amigo crew a huge debt of gratitude for their sacrifice 75 years ago. We have honoured their memory for all these years and this flypast will be a fitting tribute. It’s also a tribute to Tony who has tended the memorial for all these years.

“We want as many people as possible to see the flypast and would urge them to take the following steps to ensure they have a day to remember on 22 February.”

Buses for Sheffield and Stagecoach Supertram have announced that free travel will be provided for all current and ex-service personnel.

Free travel is valid for those carrying identification cards or in uniform between start of service and 12 noon on 22 February 2019. 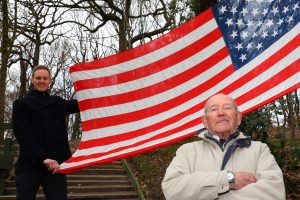 Tony (right) with his new flagpole at the memorial (source: Sheffield Newsroom)

The flypast will begin at 8.45am, but members of the public are encouraged to arrive from 7.15am for the 8 am memorial service. A big screen will be there to relay events to the crowd.

The planes are expected to enter Sheffield from a south-east direction, but this could change. Bolehills Park, Park Hill flats, Skye Edge playing fields and the Botanical Gardens are all recommended vantage points for witnessing the event.