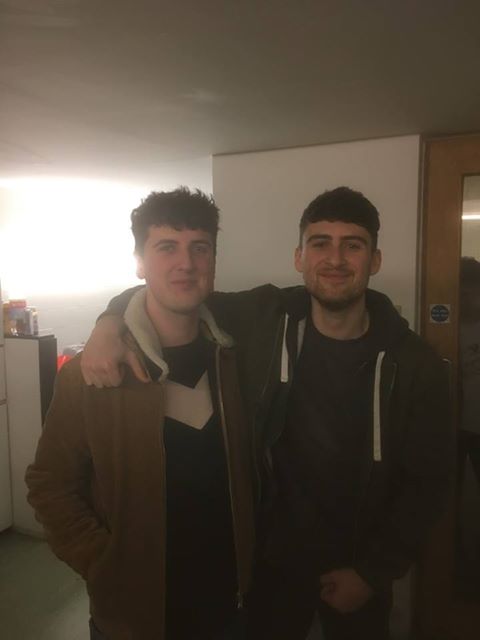 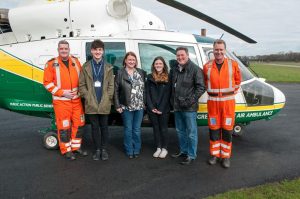 Patrick with the Air Ambulance crew that saved his life (source: GNAAS)

A Sheffield student has smashed his half-marathon fundraising target to in aid of the air ambulance service that saved his brother’s life.

Joe Whyte, 23, a third-year Construction and Project Management student at Sheffield Hallam University has raised more than £850 for the Great North Air Ambulance Service, who operated on his brother Patrick at the side of the road after an accident in September 2015.

Patrick, 21, an International Affairs student at The University of East Anglia crashed on a sharp bend in September 2015. He fractured his spine and cheekbones, broke most of his ribs,  his shoulder blades, collarbone and punctured his lungs.

Joe said: “As the night went on, the news we got became worse, we didn’t know whether Patrick would survive.

“It was really scary and really horrible. I saw my mum the morning after and she didn’t know how to hold herself up.

“I am unbelievably grateful for the work of GNAAS. It means everything to me. If it wasn’t for them, Patrick wouldn’t be here. This fundraiser is the least I can do.”

Joe has been a keen runner for the last few years, but this is the first marathon he has undertaken. He has surpassed his £500 target, and he is still receiving support.

He said: “I’m flattered that people have donated and the response has been amazing. The GNAAS is not always the charity that people think of first, but they do a lot of work to help people, so I’m really pleased by the response this has had.”

Joe is to take part in the Sheffield Half Marathon on the 14th of April.

Grahame Pickering MBE, chief executive of GNAAS, said: “It’s great to hear Joe is tackling a half marathon to raise money for GNAAS after our critical care team came to the aid of his brother Patrick. We are honoured to have him as a supporter, and we wish him good luck with the run.”

The half-marathon will begin at Arundel Gate from 9:30 am and ends on Pinistone Street. Joe is aiming for a time between one hour 45 minutes to two hours.

You can sponsor Joe on his run via this link: https://www.justgiving.com/fundraising/joewhyte?fbclid=IwAR2nSPw1H16-TuzGW9mVGc3OYt9v7Va9JHmL_bFNdC-MTu3XK9WPn8OVTAY