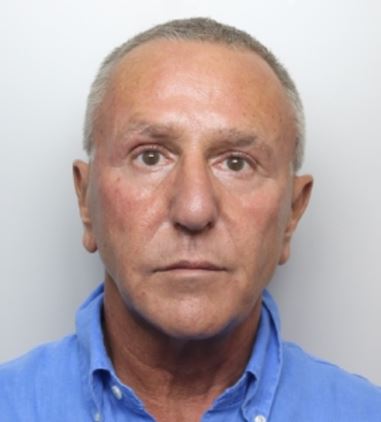 A Rotherham drug dealer has been ordered to pay £100,000 made through his criminality or face an extended jail time after a hearing on Monday.

Anthony Mullen, 58, of Ashfield Way, Woodlaithes, was found to have made over £400,000 from drug trafficking offences and money laundering.

During a Proceeds of Crime Act hearing, Mullen, who is currently serving nine years for possession with intent to supply class A drugs was ordered to pay back a total of £102,239.89 made up of seized cash, property and vehicles. If he fails to fulfil the order, he will face a further 12 months behind bars and the order will remain with him until paid back in full.

Detective Constable James Harding said Mullen had made a career of drug dealing.

He added: “This man has gone under the radar for a number of years and is a career criminal, he has made a lot of money from his criminality and justice has now been served.

“We were incredibly pleased with the prison sentence he received, and the Proceeds of Crime Act hearing result on top is very satisfying for us. We seized several kilos of Class A drugs from Mullen’s home and vehicle, as well as a huge amount of cash. It is right that Mullen does not benefit from his criminality in the future.

“We hope this acts as a deterrent to other people engaging in these types of crime. We will not allow you to live what you perceive to be the high life whilst others suffer from your criminality.”