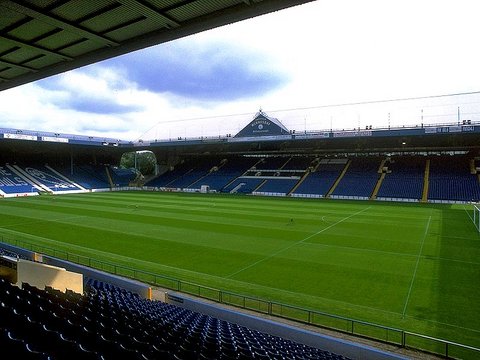 The red and blue halves of Sheffield collide on Monday night, as Sheffield United and Sheffield Wednesday face off for the second time this season.

Both sides will be hoping to better the 0-0 draw at Bramall Lane in November, as they clash at Hillsborough in a match that looks set to be one of the most hotly-contested derbies in years.

United’s renewed form under manager Chris Wilder sees them in second place in the Championship on the back of a 1-0 victory at West Brom in front of the Sky Sports cameras, and they could move up to top spot with a victory on Monday night.

Wednesday, on the other hand, have experienced mixed fortunes as of late, falling as far as 18th place in December, but the recent appointment of Steve Bruce at Hillsborough appears to have rejuvenated the Owls with a 2-0 win against Brentford on Tuesday taking them within six points of the playoff positions.

Sheffield Wednesday will be without defender Achraf Lazaar, who pulled his hamstring in Tuesday’s win at Brentford, but Owls left-back Morgan Fox could be fit in time for Monday’s game.

United centre-halves John Egan and Martin Cranie are doubtful, after both suffering calf strains in last Saturday’s match at West Brom. However, the Blades should be able to call upon both Jack O’Connell and George Baldock, who missed that game through injury.

The derby has had an extra dynamic added to it through the appointment of Steve Bruce as Sheffield Wednesday manager, as the new Owls manager began his managerial career at Sheffield United in 1998.

During his stint as Blades boss, Bruce managed current United manager Chris Wilder, and he spoke of his praise for the current Blades manager, saying: “You have to take your hat off to Chris and what he has done.

“From getting them out of League One, to where they finished last year, playing in a certain way in a certain style. You have to be complimentary about them. I have huge respect for Chris, but it’s our job – my job – to try and beat them.”

Wilder is similarly optimistic about his side’s chances of both victory and promotion. Speaking on Wednesday, he said: “We are in the race, aren’t we with 64 points after 34 games. We are in it and I want the players to believe.”

“At times, we do not believe in ourselves as much as we possibly should do. But we have a lot of good players out there who want to run about and win games.”