4.3 million UK women not allowed to wear trousers to work 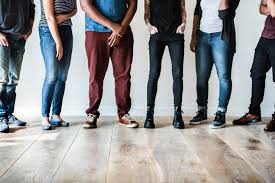 Around 4.3 million UK women have been told they cannot wear trousers in the workplace, a study has shown.

As part of their We Wear The Trousers campaign, retailer Bonmarché surveyed 1000 women to get their thoughts on wearing trousers at work.

Sheffield was found to be one of the top cities, with only 1% of women being told they cannot wear trousers in the workplace.

This is compared to 37% in London.

Generation Z, people born from the mid-1990s to the early 2000s, were found to be most affected by these rules, with 21% finding that they were not able to wear trousers to work.

Participants of the study were shocked by the amount of women affected by the rule.

The law states that employers can make reasonable dress code demands, and that they must give their employees time to meet those demands.

At the beginning of March, Virgin Atlantic announced that trousers would be available as an option for all women. They have also changed the rules so female cabin crew members are no longer required to wear makeup.

This year’s theme is ‘Balance for Better’, with the focus on creating a gender-balanced world.