Longest serving police horse ready to “hang up his horseshoes” 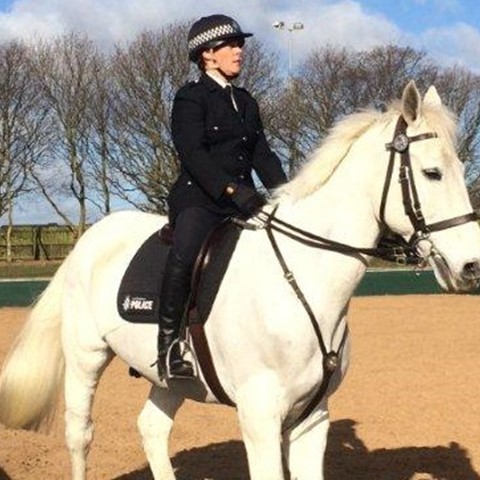 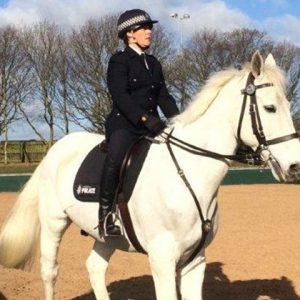 The longest serving South Yorkshire Police Horse ‘Oakwell’, will work his final shift, before a well-earned retirement this Spring, after 16 years of service.

Oakwell was born on a North Yorkshire farm in May 1996, and joined the Mounted Section at South Yorkshire Police in 2002. Oakwell, whose stable name is George, quickly became a familiar face at football grounds across South Yorkshire and the UK.

Temporary Police Sergeant David Driver, said: “I arrived at the same time as him and we have worked closely together, as colleagues.

“He has been fantastic and deserves to hang up his horseshoes and have a happy retirement after 16 years of hard work and faithful service to the force. He turns 23 shortly after he leaves us, so he’s definitely ready to retire.”

Since Oakwell arrived at South Yorkshire Police, 17 other horses have joined the Mounted Unit, with nine retiring before him.

OSU Inspector Alexandra Murthi said: “Police horses are retired to one of several charities, we gift the horses to them and they re-home them with continued support.”

Oakwell will work his final shift on Saturday 30th March, where he will be assisting the policing of Barnsley v Coventry at Oakwell Stadium.