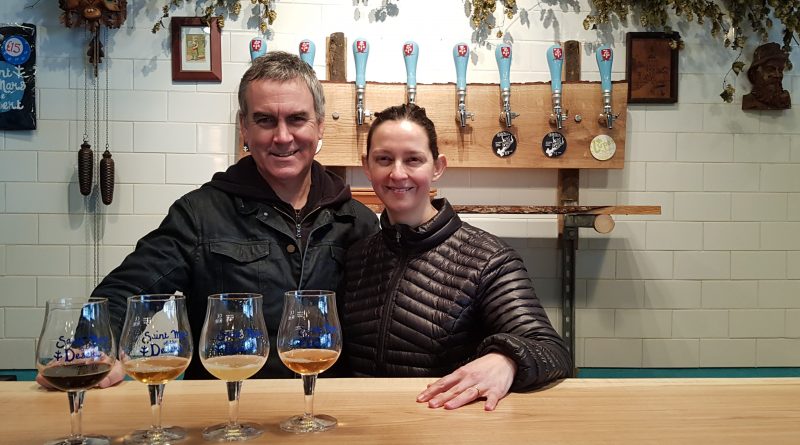 A new brewery in Attercliffe is set to debut their beers next week at Sheffield Beer Week.

Saint Mars of the Desert, a small family brewery owned by Dann and Martha Paquette, opened six weeks ago.

The couple began their business in America, where they ran craft beer company, Pretty Things Beer and Ale Project.

The craft beer company was run from rented breweries, but Martha Paquette said: “We always dreamt of having our own brewery.”

After the company closed in December 2015, the couple went travelling through Europe to find a spot to open a brewery. During this time, they fell in love with a farm in a Normandy village called Saint-Mars-du-Désert – Saint Mars of the Desert.

They planned to buy the farm and start the brewery there but were told there were not many people in the village.

Martha said: “There was nobody there. Nobody was left to come and drink our beers. The whole thing crumbled, and we couldn’t buy that place.”

The couple decided to keep the name, had to look for a new location.

They eventually bought an old Dairy in Attercliffe that was built in the 1920s. Martha said: “Attercliffe is kind of the desert of Sheffield, so the name works!”

Saint Mars of the Desert will be showcasing their four beers in Sheffield Beer Week, an event that has been running since 2015.

Martha said: “Beer Week is so important to us because most people in Sheffield have no idea we exist. People are what makes a brewery succeed.”