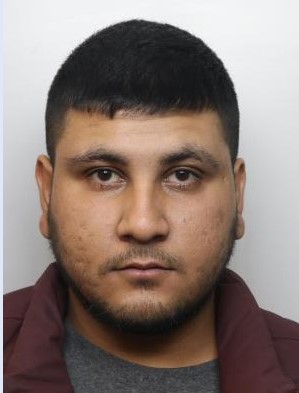 A 22-year-old man has today been jailed after admitting possessing significant amounts of Class A drugs.

Yash Kotecha, formerly of Nethershire Lane, Sheffield admitted two counts of possession of a controlled drug with intent to supply.

On 19th November 2018, officers from Sheffield’s Tasking Team executed a warrant at a property in Foundry Court, Burngreave.

Inside officers found significant quantities of cocaine, MDMA, LSD and cannabis with a street value of over £20,000.

Kotecha was sentenced to six years and four months in prison.

At the time of his arrest, Kotecha was already subject to a suspended jail sentence, having been convicted of similar offences in 2017.

PC Gareth Webb, the investigating officer, said: “Kotecha continued to engage in drug-related criminality, despite the fact that he was on a suspended sentence for similar offending.

“He continued to deal Class A and B drugs across Sheffield in huge amounts and was making large sums of money from doing so.”

South Yorkshire Police hope that the lengthy prison sentence will be a warning to others engaged in drug supply in the Sheffield area and that the force are absolutely dedicated to bringing all drug offenders before the courts.