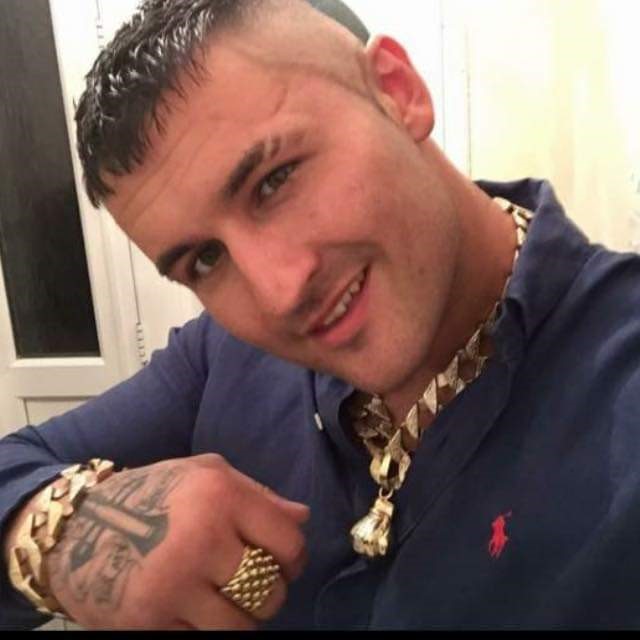 A prize fighter has vowed a near-fatal ordeal which saw him stabbed multiple times will not stop him getting back in the ring.

Brett May, 28, was stabbed in the head, neck, throat, arm, torso and back in an attack in Doncaster last year. Since then he has made a full recovery and he has shared the pictures of his injuries exclusively with Shefnews. 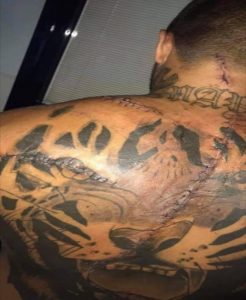 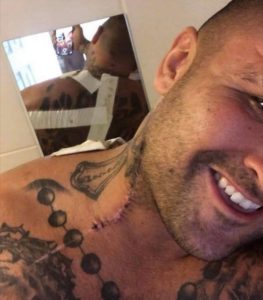 Brett fought off several men who had followed him into a corner shop in Stainforth during last year’s World Cup. He was overwhelmed by his attackers and his arm was nearly severed but despite the brutal assault he was back on his feet within seconds.

Footage from CCTV inside the shop showed Brett stand up with blood pouring out from his wounds as he used his phone to order food.

Brett said: “I knew I was bleeding out and had to eat something so I ate a bar of chocolate and drank six pints of milk.

After being airlifted to Sheffield’s Northern General Hospital, Brett had hours of surgery and more than 1000 stitches. 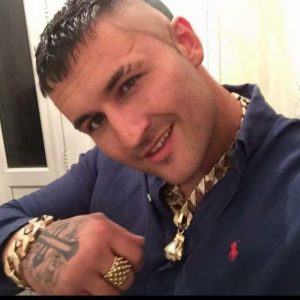 Brett back in the game

Five men were jailed for over 28 years at Sheffield Crown Court last week for their part in the attack.

Brett was back in the ring last month, winning his first fight since the incident in a timely four seconds flat.

He has a charity fight on March 23 at the Roker Hotel in Sunderland.  The proceeds of which are going directly to the family of 18-year-old Connor Brown who lost his life after being fatally stabbed in February this year.

Brett said: “As you can imagine, this is personal to me.” 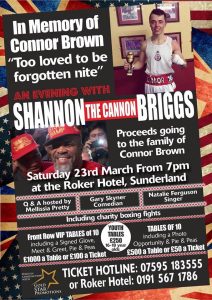 Brett, who has won all his previous 18 bouts by knockout, has been fighting since he was 11 years old.

He said: “My plan is make myself champion of England in bare knuckle boxing on May 25. 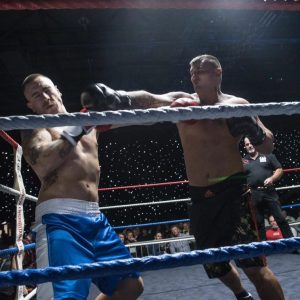 Hoping to be an advocate for raising awareness of knife-crime, Brett said: “England has a massive knife-crime problem, if I could do some good and perhaps go round schools and educate young people it would be great.

“I want to do my best and become the best. The doctors said I was superhuman to have survived what I did, but what doesn’t kill you makes you stronger.”