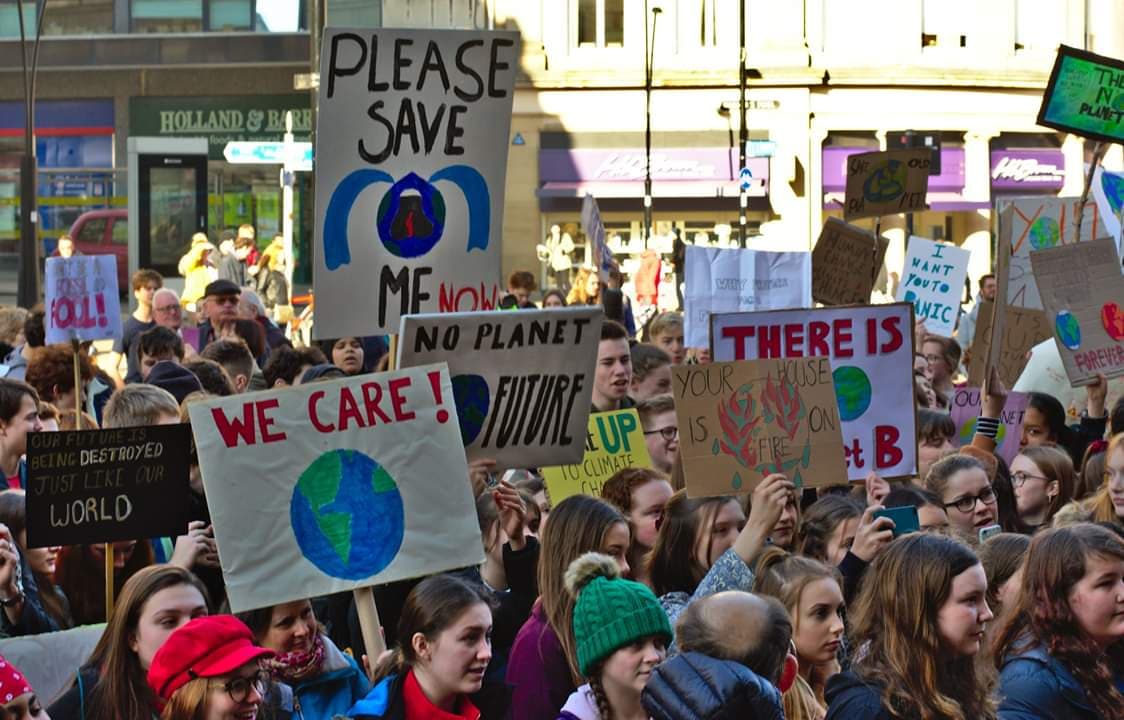 Thousands of Sheffield young people are preparing to go on strike tomorrow in a second protest raising awareness about climate change.

The #Youth4Climate movement will see pupils, and now university students, walk out of classes to demand the Government take action towards dealing with global warming.

Swedish teenager Greta Thunberg, who was the inspiration for the original strikes back in February, has been nominated for the Nobel Prize in Activism earlier today.

Katie Bowen, a 16-year-old who took part in the last strikes, became involved when she and her friends heard about Thunberg’s story.

“I think she gives a really good message to young people, she shows them that if you believe in something and speak out about it you can actually make a big difference.

“We wanted to show that young people do care about the environment, but it’s the adults in charge that need to listen and do something about it.” 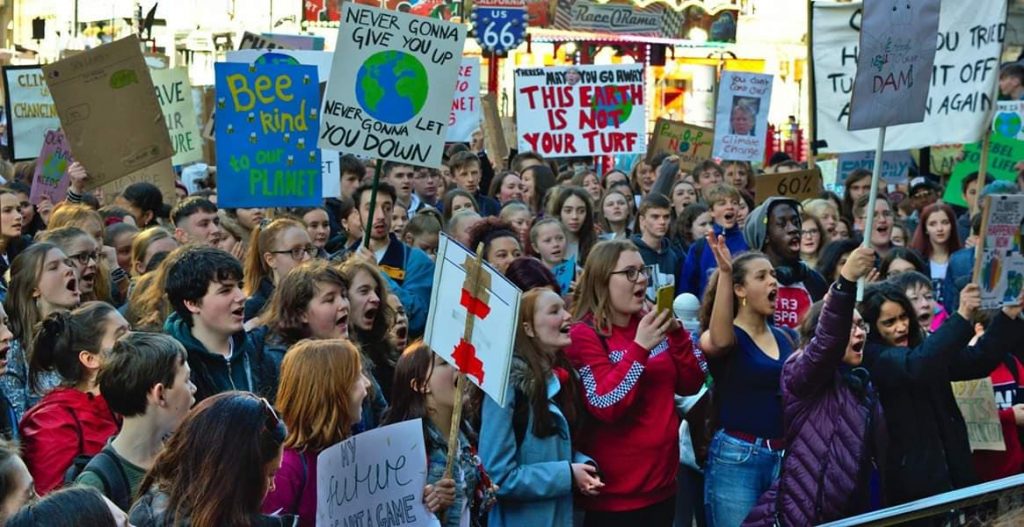 Thousands of young people took the streets back in February for the strikes (Photo: Nathan Strathdee)

As the founder of the Youth for Climate movement, Thunberg inspired students around the globe back in August when she staged a solo protest, walking out of her school in Sweden to raise awareness for climate change.

Environmental activist group Extinction Rebellion Sheffield are one of the main groups involved in coordinating the strikes. This year they are hoping to see students involved as well.

Nathan Strathdee, an Engineering student at the University of Sheffield, is a member of the group. He said: “Last time it was mostly schoolkids but we’re expecting more students this time.

“The movement is aimed at all youth, not necessarily just ones in education. They’re going to be the ones most affected by climate change and global warming.

“For them it’s not a matter of ‘think of your children’, it’s ‘think about your future’. The government needs to recognise the stake young people have in the future.

“We understand schools’ concerns about safeguarding but there’s no point in safeguarding, if the whole of these children’s future is threatened.

“The real way to go about safeguarding should be to join us, as an educational experience and also to save our future. It’s not too late for them to chance their approach.” 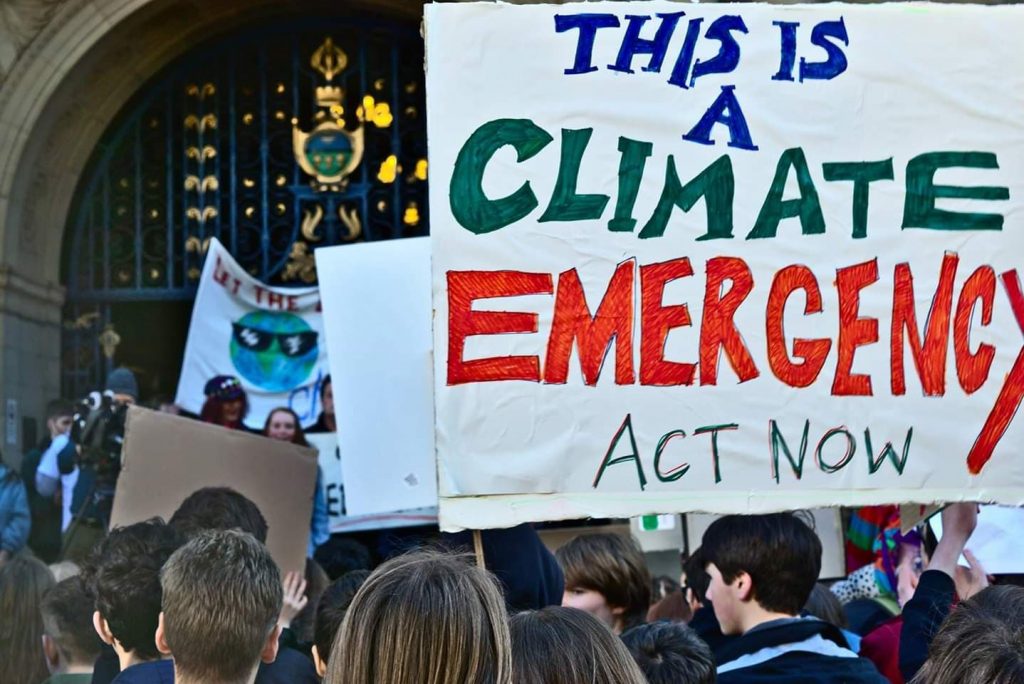 Students are demanding the Government declare a climate emergency, recognising the severity of the ecological crisis and taking active steps to tackle the problem.

They are also calling for the government to communicate the severity of the crisis to the public and reform the curriculum in schools, making it an educational priority.

Silverdale School, on Bents Crescent, was one of the schools most affected by the strikes last time. They have urged parents not to let pupils walk out unannounced.

Head of School, Sarah Sims, said: “We at Silverdale highly value and encourage engagement and involvement in political debate and action to effect change.

“We whole-heartedly agree with the sentiments of the movement and the aims they hope to achieve.

“However, as a school and as educators we have a duty of care to our students for both their academic and personal well-being.

“We cannot let students, particularly vulnerable ones, walk off site without any notification to us from parents, due to our safeguarding responsibilities.

“Any student who leaves the school site without parental permission and a pass will be given a school sanction for defiance and truancy.

“The sanction will involve a task where students contribute towards raising awareness and action on the issue of global climate change.” 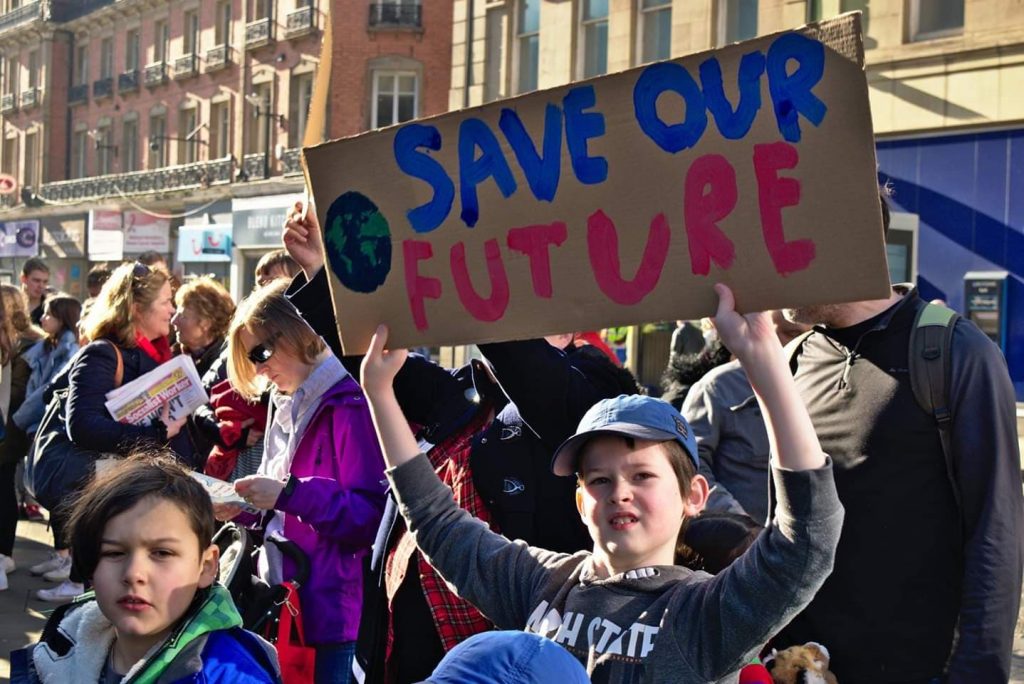