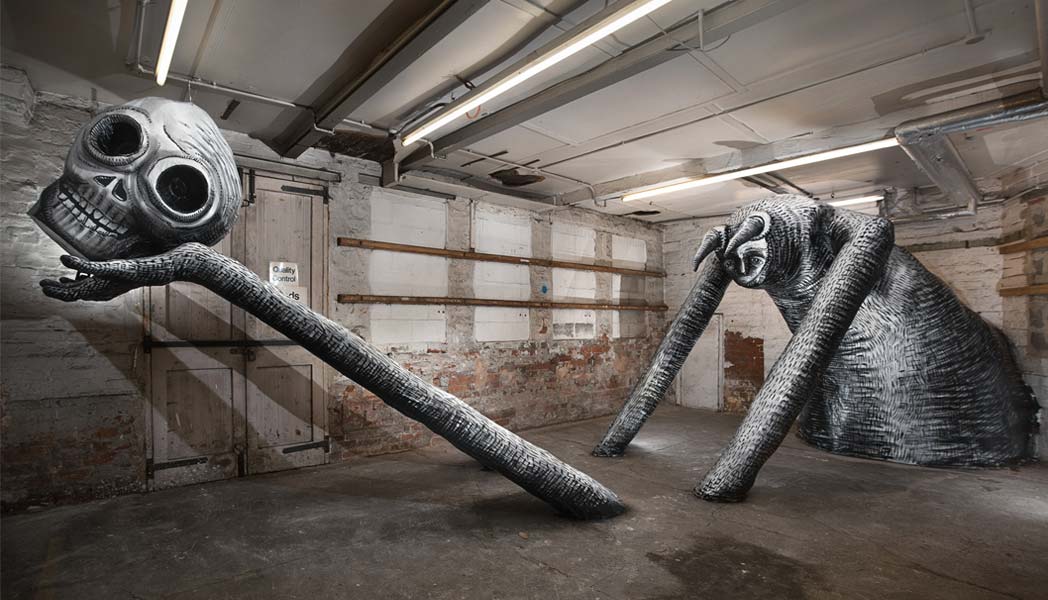 A spectacular sculptural installation created by Sheffield’s answer to Banksy is coming to the city this weekend.

Mausoleum of the Giants will showcase the elaborate, surrealist creations of world-famous artist and illustrator Phlegm, all re-imagined into 3D sculptures.

Sheffield residents will be familiar with the mysterious artist’s giant murals which decorate industrial buildings around the city.

Tamar Millen, spokesperson for Sheffield Council’s Creative and Cultural partnerships said: “Visitors can expect to be amazed and wowed by the 3D versions of Phlegm’s work.

“It’s the biggest project he’s ever done and it’s incredible that he’s chosen to come back to Sheffield to do it in an abandoned warehouse.

“It’s incredibly important for our city, our culture and our street art which is a really vibrant, attractive message to visitors.

“We need to understand Sheffield culture stands on the world stage and that’s an important message.

“Sheffield needs to be proud of it. A lot of people love his work around the place so we’re really privileged that he’s chosen to come back here.” 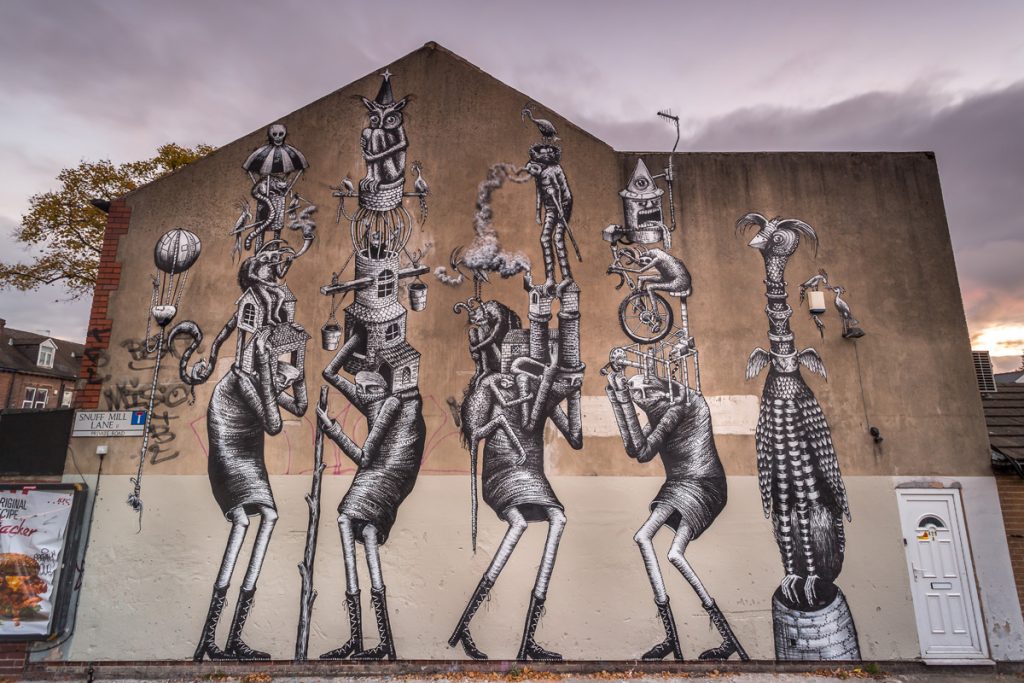 Hosted in an abandoned warehouse at Eye Witness Works on Milton Street, Sheffield provides an industrial backdrop to Phlegm’s creations. 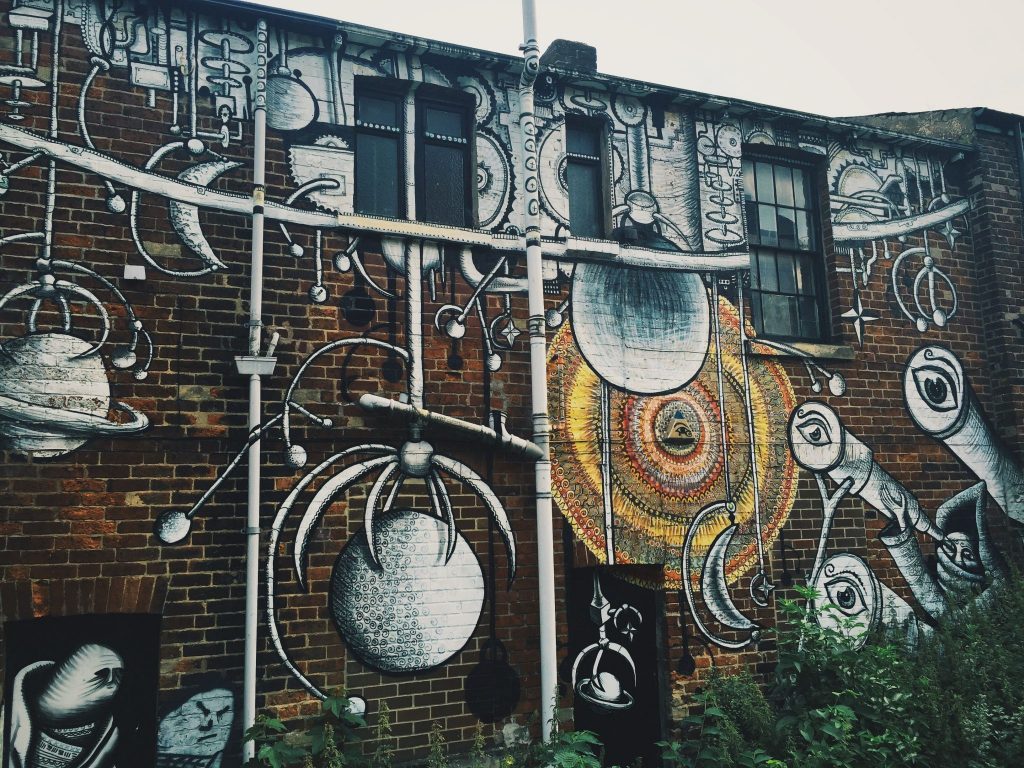 The mysterious artist remains anonymous to avoid prejudicing his work

Often drawing comparisons to notorious street artist Banksy, Phlegm chooses to operate anonymously in order to let his art speak for itself.

The event comes five years after his solo showcase ‘The Bestiary’ in Shoreditch, London and two years since he last worked in Sheffield, when he created his popular murals around the city.

The free-to-attend exhibition launches to the press tomorrow (Friday 15th March) before opening to the public next week.

More information and full opening times can be found at www.mausoleumofthegiants.co.uk.