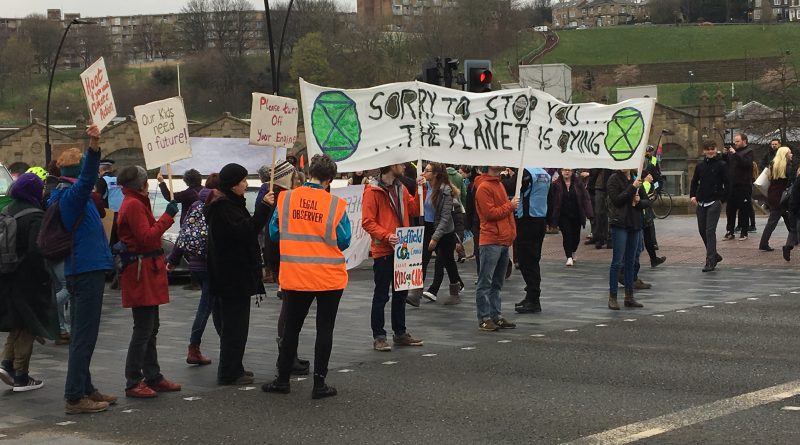 Extinction Rebellion said: “We apologise for the disruption caused to individuals. We do not wish to target individual car drivers but the broken, environmentally damaging system as a whole.”

More than 40 protesters gridlocked four lanes of traffic outside Sheffield train station on 19th March during rush-hour in the morning and caused serious traffic chaos.

One driver, who was heading to work in the city centre on that day, said: “They’re not only making people late for work, but making the cars sit for longer and causing more pollution.”

But holding a protest in the middle of the road whilst cars are literally running their engines but not moving anywhere as they’re (rightly) impatient to get to work, is ironic.”

@_itsjp tweeted: “I’m all for protecting the environment but blocking a busy road, which will cause traffic jams/more harmful emissions isn’t the smartest of ideas…”

In response to the feedback from the public, Extinction Rebellion claims that the government and the councils have failed to take meaningful action on the climate emergency.

A spokesperson said: “Traditional protest methods have failed to make politicians take notice. We feel the need to cause this disruption to try and prevent the disruption caused by climate breakdown in the future, which will be much worse.

“We also repeatedly asked drivers to turn their vehicles engines off.”

The group has no plan to block the roads again in the near future.