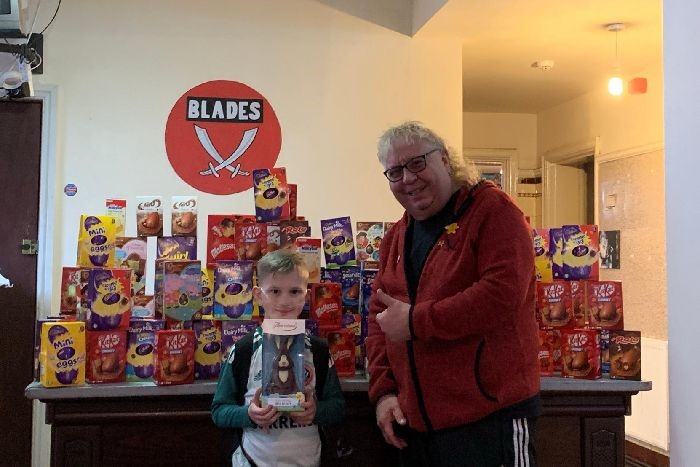 Harri Parker, age nine, was born with a heart condition that has meant his left lower pumping chamber of his heart isn’t pumping properly.

She said: “He just came downstairs which he does regularly with these crazy ideas. And just said can we take some easter eggs to those poorly kids in hospital mum?”

Jeni said the turnout has been amazing and they have collected more than 500 eggs.

The appeal was originally posted on the Blade2Blade Facebook group as Harri is a big fan of the Sheffield United team.

Jeni said: “Sheffield United are amazing. They bend over backwards for Harri. If Harri needs anything they are there for him. He’s made friends with some of the players.”

Donations of Easter eggs can be dropped off at Red Mile show home in Kiverton Park or Cricketers Arms in Bramall Lane.