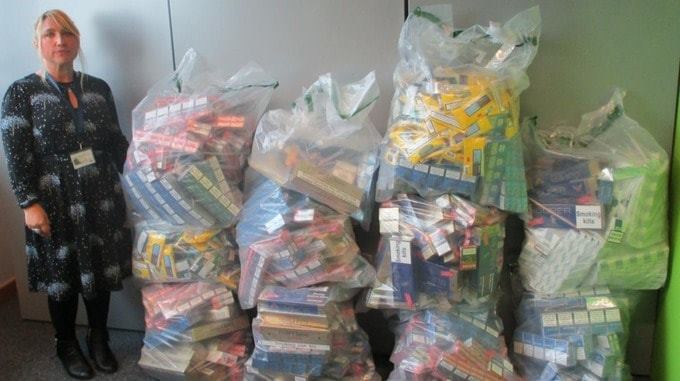 Over 50,000 counterfeit cigarettes have been seized from a local garage in an operation to put out the illegal tobacco trade.

Sheffield Trading Standards and the South Yorkshire Police issued two warrants at a motor garage close to the city centre in search for counterfeit tobacco.

The trading standards is an organisation that, together with the police and public health partners, aims to identify and prevent the sale of illegal cigarettes and rolling tobacco.

In total, officers found 57,940 cigarettes and approximately eight kilos of hand rolling tobacco in the garage that were all unauthorised and illegal to be sold in the UK.

Two people from the garages have been arrested and interviewed and a third will be questioned.

Councillor Lewis Dagnall, Cabinet Member for Environment and Streetscene, said: “We continue to be vigilant in our role of prevention and protection, against organised crime in the city.”

“Unauthorised products pose a serious health risk, particularly to children who are often more likely to buy these products,” he said.

“This case is the biggest seizure we’ve seen in a long time, so I’m pleased that we have put a stop to these people who have no regard for the effect their illegal trade has on people’s health.”