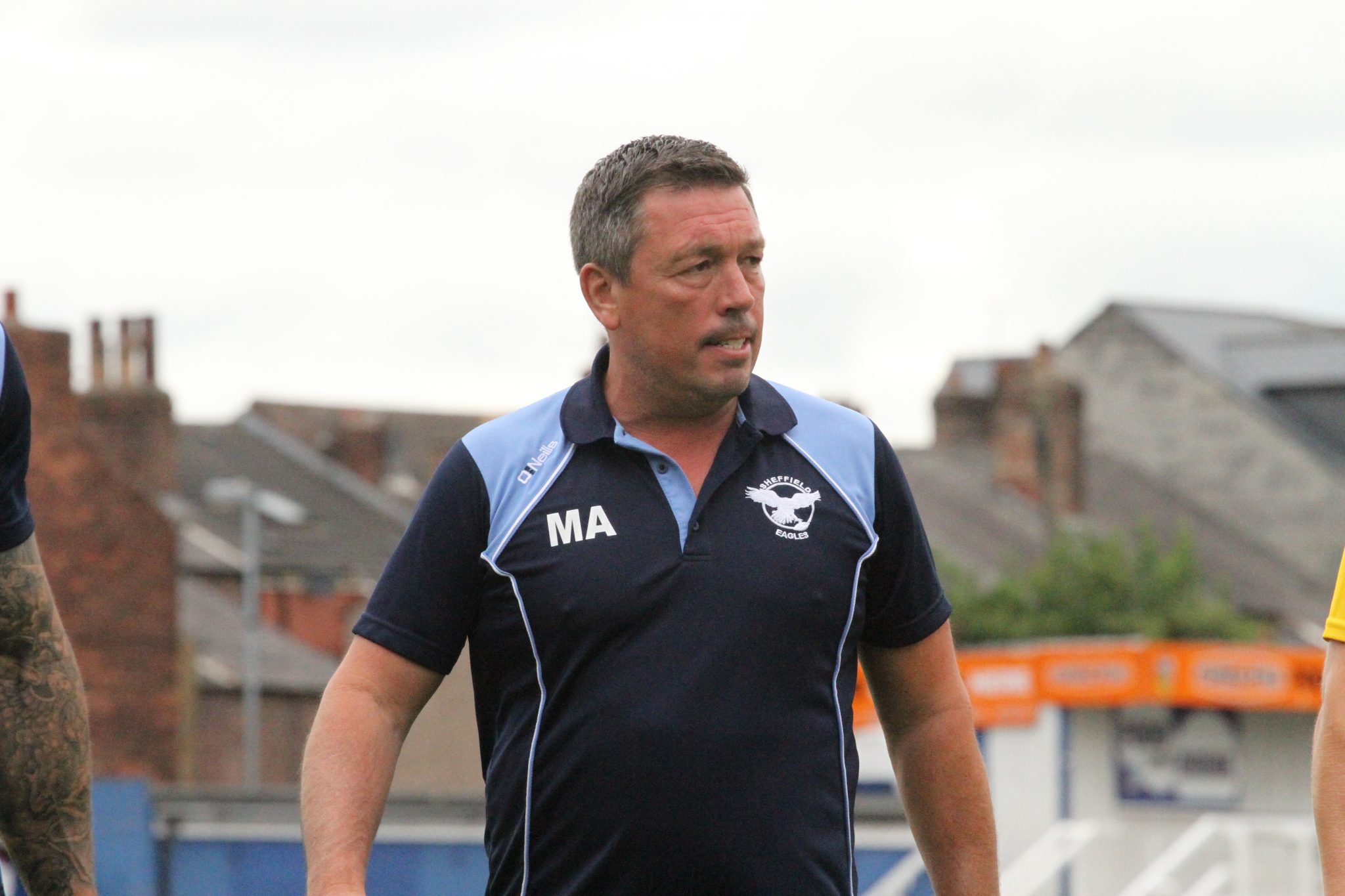 Mark Aston has challenged his players to ‘build up momentum’ ahead of their Betfred Championship clash with York City Knights this Sunday.

The Sheffield Eagles head coach has urged his side to repeat their flying start to the season, which ended with a 32-14 loss away to Featherstone, before they scraped over the line with a 16-13 win over Dewsbury Rams.

Aston admitted his side have not been in top form, but he believes this will not influence the outcome of the match.

“It’s all about winning, that’s the most important thing,” he said.

“We were disappointed we didn’t put our plans at Dewsbury into action, we’re not starting the game as well as we should be, and discipline is costing us.

“But we’ll go back to basics and win ugly to build up momentum.”

The Eagles will be without prop Blake Broadbent, who starts a two-match suspension after being sent-off at the weekend, while Jason Crookes faces a lengthy spell on the sidelines with a dislocated shoulder.

Despite the Eagles’ squad depth, Aston is trying to sign a couple of players from the Super League on a dual-registration basis before Sunday’s match.

Newly-promoted York have made an impressive start to the season, winning five games in a row and losing only once.

They sit on the same number of points as the Eagles, and Aston is wary of what his team will face.

He said: “York are playing well and credit to James Ford (York City Knights Head Coach). They’re playing for each other and they’ve beaten teams they weren’t expected to.

“If we don’t play well, we will come unstuck.”

Sunday’s game at Bootham Crescent will be Sheffield’s third away game in a row, but Aston believes the run of fixtures has helped to develop his team.

He said: “We’ve got used to playing at home on firm surfaces. We need to try and adapt to these muddy, boggy conditions.

“Whatever happens, it’ll be cracking game and a great advert for rugby league.”