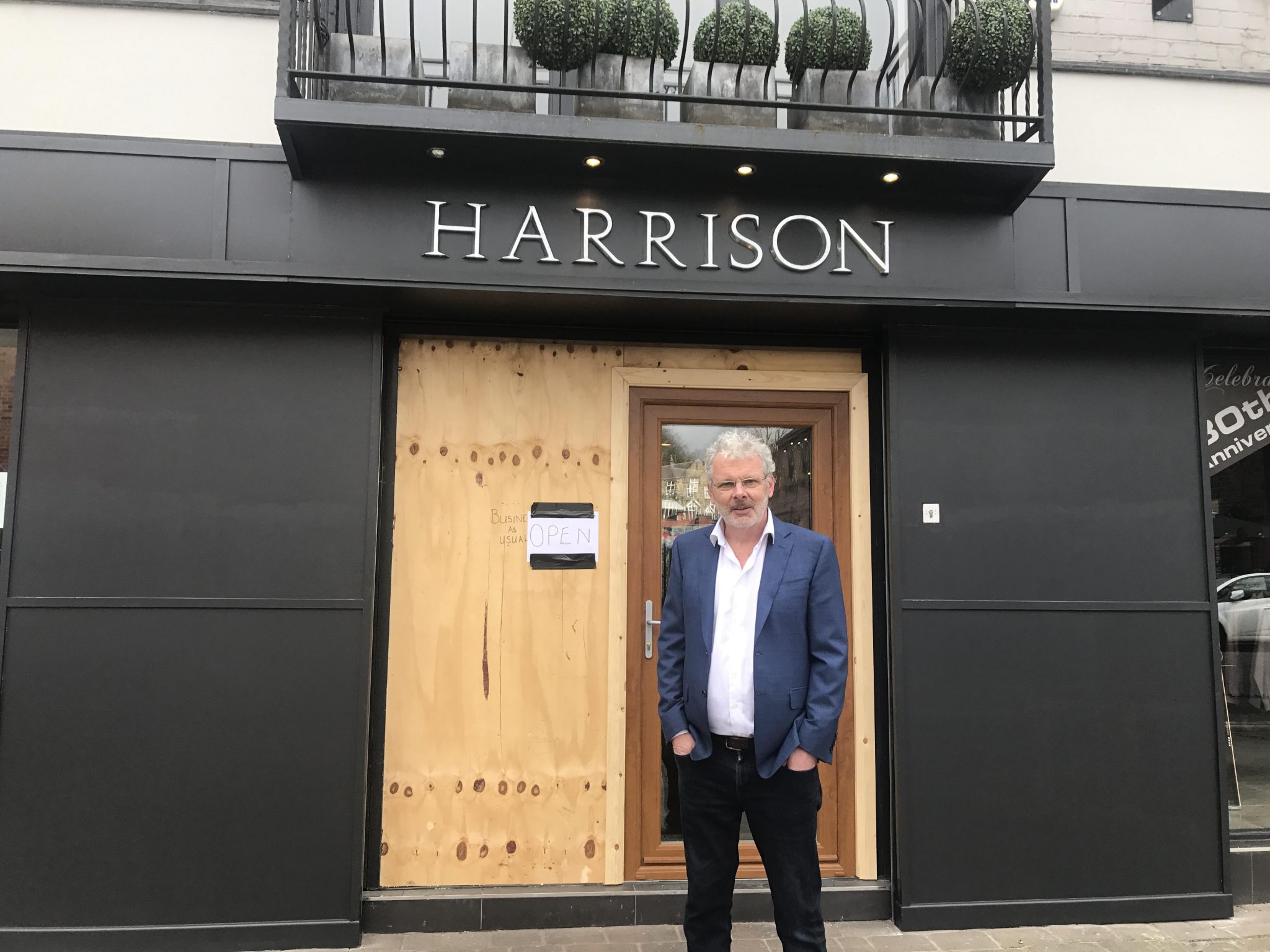 Owner John Harrison said he is “absolutely gutted” that he has to involuntarily shut his store which he has been running for the past 31 years.

“I built this store from nothing, it is heartbreaking but we have no choice.”

“We can’t keep going with insurance hanging over our heads wondering when the next one will be,” he said.

The first of the robberies was on 8th December when the back wall was hacked in and raided by two cars the following day. This was followed by a series of burglaries where the burglars entered the shop through the roof.

The final attack happened earlier this week when a car is reported to have rammed into the store front so the burglars could force entry inside.

The state of the shop after one of the burglaries

Despite experiencing similar incidents in the past years, Mr Harrisson says these attacks have been incessant.

Mr Harrison believes the store has been a target because of the luxury designer brands they stock, including Belstaff, Hugo Boss Black label and Ralph Lauren.

The South Yorkshire police currently have no leads but are “working very hard” according to Mr Harrison, who will be retiring in April.

“I’m not looking forward to it at all, I’ve been working all my life and the business meant everything to me.” he said.